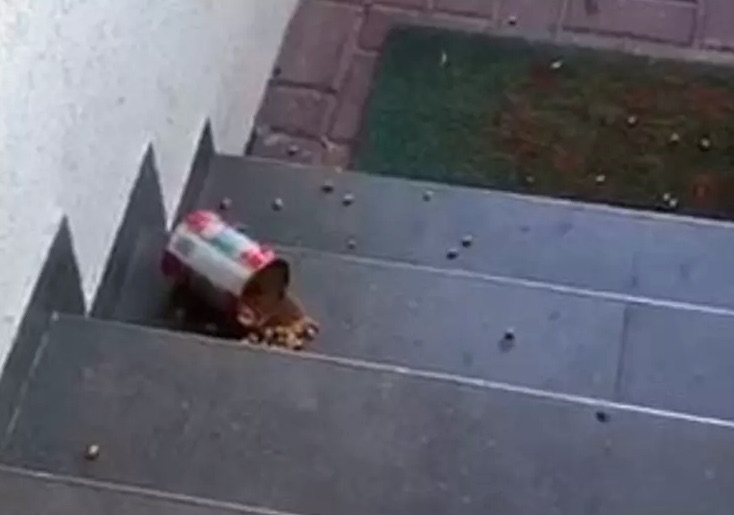 Zionist Camp MK Eitan Cabel filed a complaint with police Monday, and asked the Knesset to provide him with extra protection – after he said that he had been “targeted” by unidentified parties, who threw an open can of what appeared to be tomato sauce at the entrance to his home.

In footage recorded by Cabel, an open can with its contents, colored red, lying on one of the steps to his house – on the side of the steps, it should be noted – is seen. A welcome mat also has some red coloring, but the open can is at least one stair-step away from the mat, and there is no spillage of the red sauce in between the location of the can and the mat. While the footage showed the damage to be rather limited, Cabel took it as a threat – or a warning message from his opponents.

“I went out this morning with my daughters and my stomach turned over,” he wrote in a social media post accompanying the footage. “I saw that someone was sending me a threatening message in my front yard. I don’t know who would be seeking to harm me, but I will continue to stick to my truths and act on them in all ways.”

In recent days, Cabel has attacked Zionist Camp head Avi Gabay, who is seeking to cancel an upcoming primary, a move Cabel is opposed to. Police had no comment on the incident, other than to say that an investigation would take place.