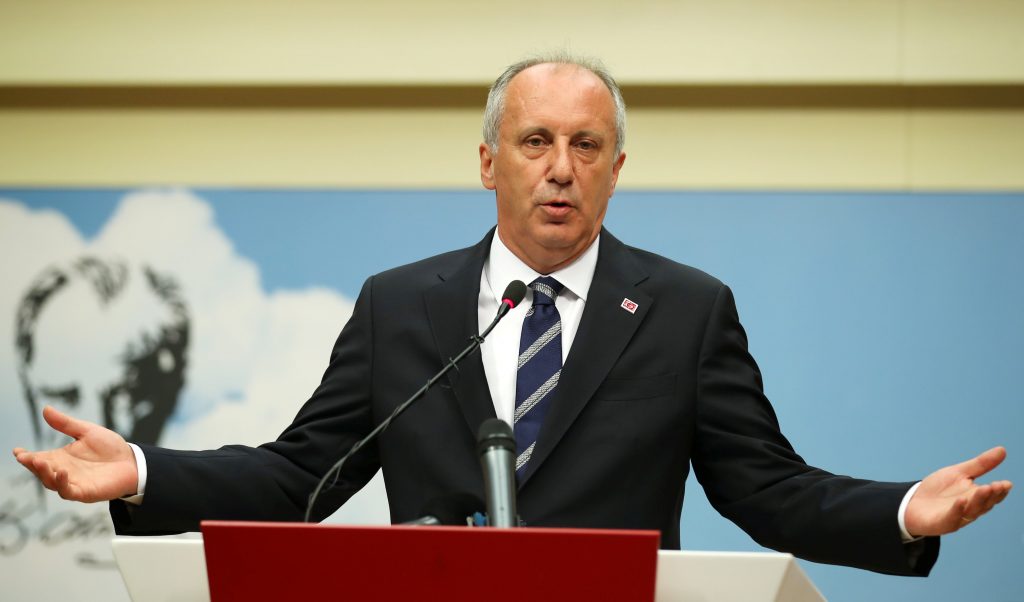 Turkey’s main opposition presidential candidate conceded defeat on Monday in an election he described as “unjust” and warned that the country was entering a dangerous regime of one-man rule.

Muharrem Ince, the candidate from the Republican People’s Party (CHP), was addressing a news conference in Ankara a day after President Tayyip Erdogan won 52.5 percent of the vote in the presidential race. Ince won 31 percent.

Ince said he accepted the election results, noting there was no significant difference between the official figures and those collated by his own party. The CHP and international rights groups have complained about what they see as unequal campaign conditions in Turkey.