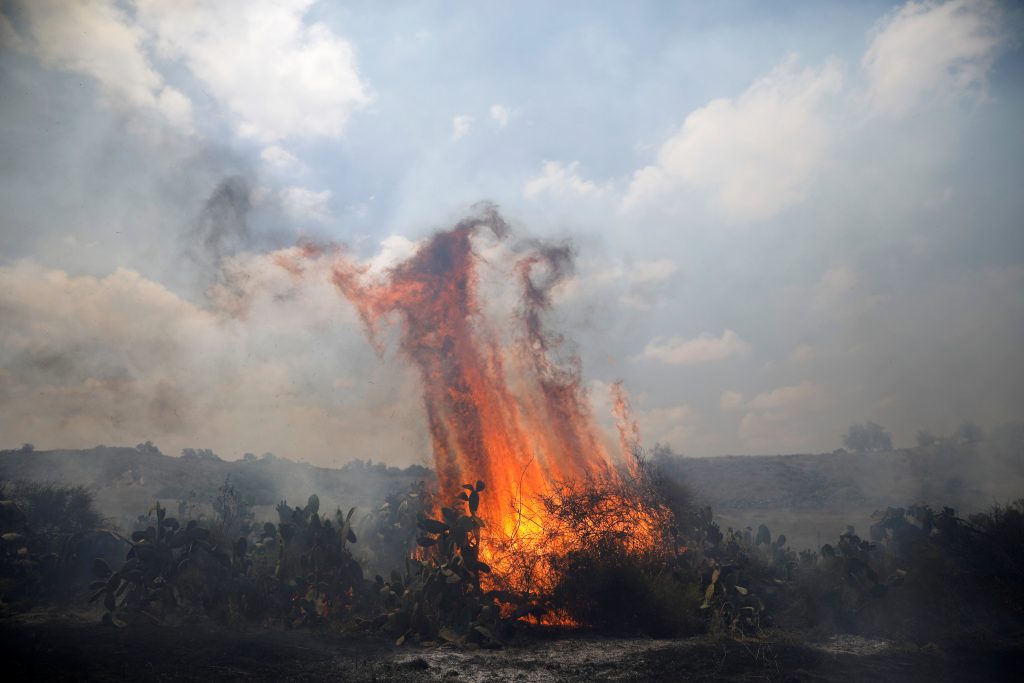 The IDF released footage showing a gang of Gaza terrorists launching balloons and kites from a Hamas outpost. The army also published the photos and names of the terrorists, and said in a statement that “we will not allow terrorists to threaten Israel, its residents, or its territory.”

IDF soldiers overnight Sunday seized weapons that were to be used in terror attacks. Soldiers, working with police, discovered a cache of weapons in Chevron and several surrounding villages.

Overnight Sunday, security officials said they arrested 16 wanted security suspects in other areas in Yehuda and Shomron. The suspects were wanted for participating in rioting and throwing stones and firebombs that endangered Israeli civilians and IDF soldiers. Several of the suspects were also charged with belonging to Hamas. All were being questioned on their activities by security forces.