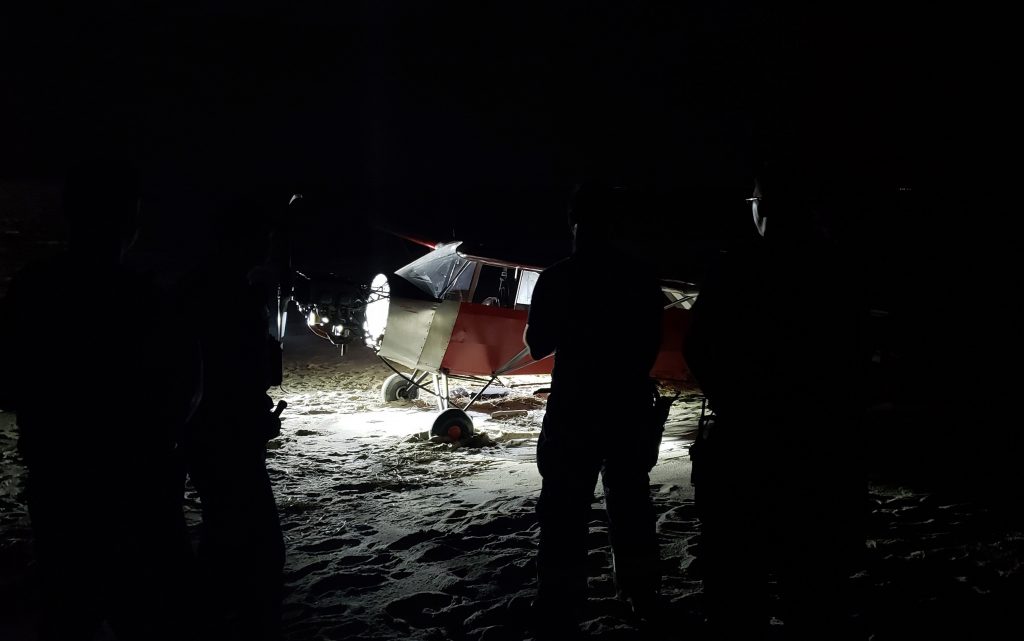 Authorities are searching, and have issued an arrest warrant, for the pilot of a single-engine plane that was stolen from a landing strip in Middle Township, N.J., and illegally landed on a Coast Guard beach in Cape May, The Press of Atlantic City reports.

The Coast Guard Training Center in Cape May increased security after the Piper PA12 landed on its beach just before 8 p.m. Sunday.

Witness video provided to ABC 6 shows the plane flying low over the beach and homes nearby. Witnesses told the channel that the pilot fled after landing.

The Coast Guard says officers became aware of the incident when the plane was spotted on closed-circuit cameras.

Authorities say the plane is owned by a company that uses it to fly banners over the beach. The company told The Press of Atlantic City that an employee used the plane without permission. A company official said that while he cannot release the name of the employee, he would “definitely like to have a conversation with him.”