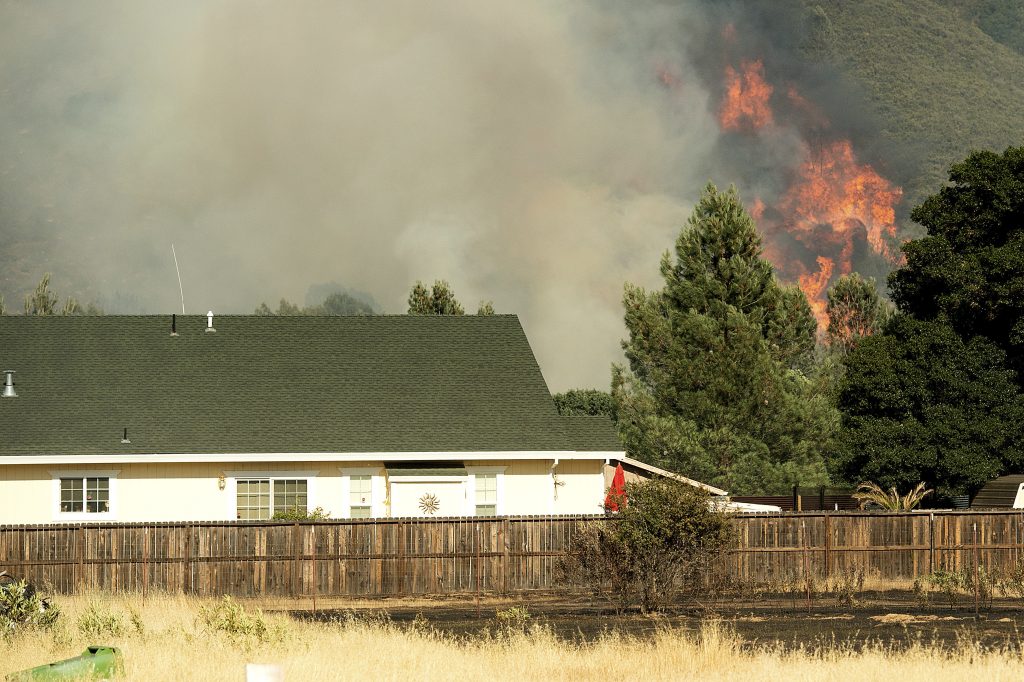 Hundreds of Northern California homes and businesses were threatened Monday after wind-driven wildfires broke out over the weekend, forcing thousands of residents to flee their homes throughout rural regions north of San Francisco.

The biggest fires continued to grow but that there were no reports of injuries or deaths, California’s Department of Forestry and Fire Protection said.

About 3,000 residents evacuated homes in Lake County, about 120 miles north of San Francisco. A wildfire there that was not contained at all grew to 12 square miles and destroyed a dozen homes and buildings, the agency reported.

Fire Battalion Chief Jonathan Cox said that more than 230 firefighters using helicopters, bulldozers and other equipment were battling the Lake County fire in a rugged area that made it difficult to get equipment close the blaze.

Authorities also ordered residents to evacuate in Tehama County, about 200 miles north of San Francisco, where two wildfires were burning. One grew to 4 square miles, while the smaller one of about half a square mile destroyed multiple homes and businesses in the city of Red Bluff.

Officials said that fire was 20 percent contained. A nearby casino was serving as an animal evacuation center.

No cause has been determined for any of the fires.

Officials said hot weather, high winds and dry conditions are fueling the fires less than a year after California’s costliest fires killed 44 people and tore through the state’s wine country in October, causing an estimated $10 billion in damage.

Downed power lines were blamed for 12 of the two dozen 2017 fires. The causes of the other fires are under investigation.