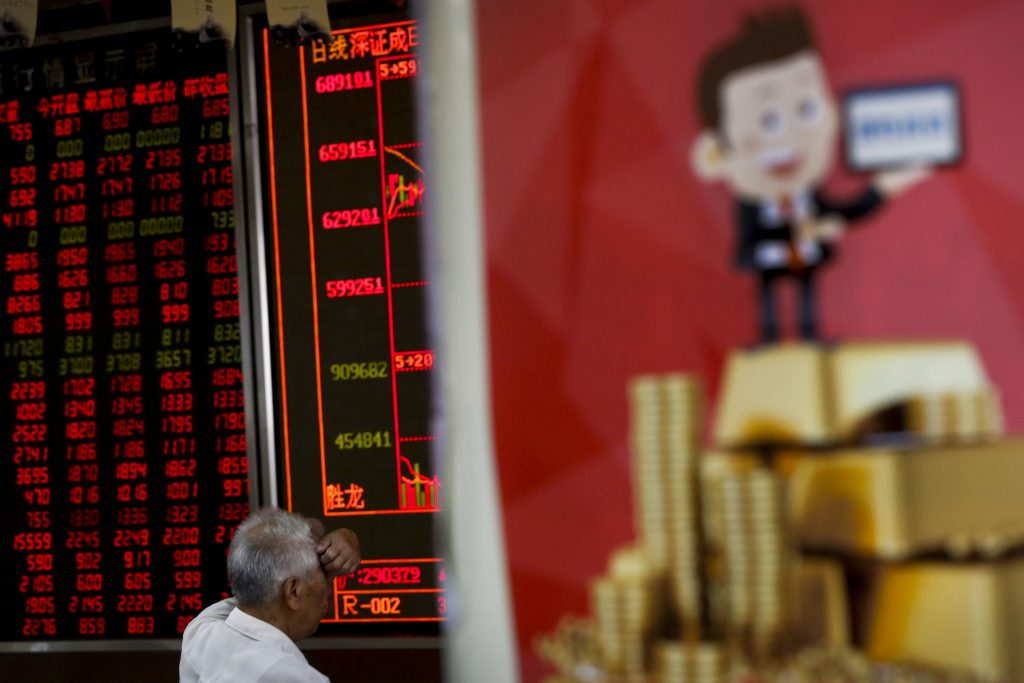 The Wall Street Journal reported the Trump administration plans to impose curbs on Chinese investment in American technology companies and high-tech exports to China. The newspaper, citing unidentified sources, said the initiatives were aimed at preventing Beijing from moving ahead with plans to develop global competitors in technologies including biotech and electric vehicles. That follows President Donald Trump’s threat to hike tariffs on Chinese imports worth up to $450 billion over complaints Beijing steals or pressures foreign companies to hand over technology. Meanwhile, the impact of new tariffs was made clear by Harley-Davidson, which said it would move some production out of the U.S. because of tariffs the EU has imposed in retaliation for U.S. duties on steel and aluminum.

The United States is due to report quarterly economic growth on Thursday. On Friday, Japan and South Korea report monthly factory output and the European Union releases inflation figures.

Benchmark U.S. crude gained 33 cents to $68.91 per barrel in electronic trading on the New York Mercantile Exchange amid questions over OPEC’s ability to ramp up production, as it said it would last week. The contract jumped $3.04 to $68.58 on Friday, when OPEC made its announcement. Brent crude, used to price international oils, dropped $1.06 to $74.49 per barrel in London. It gained $2.52 the previous session to close at $75.32.