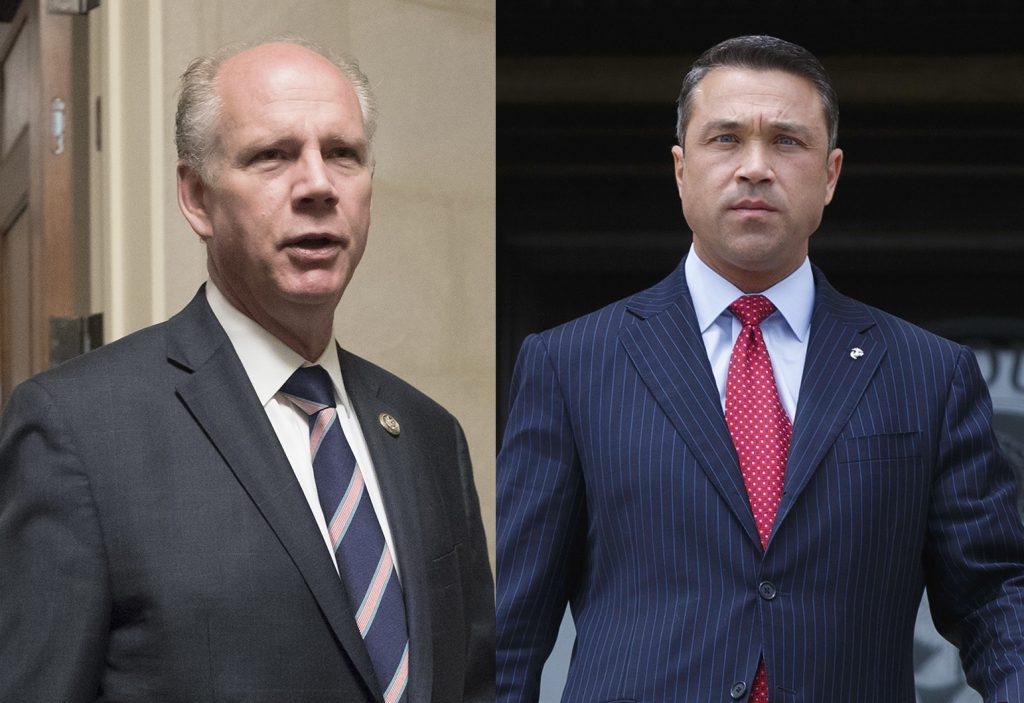 In Kensington, most of Midwood and Crown Heights, Democratic incumbent Yvette Clarke is facing a rare challenge by Adem Bunkeddeko. Bunkeddeko, 30, is basing his campaign on what he calls Clarke’s apathy to her job.

“Ms. Clarke has to be held accountable for the record that she’s put out for over the last decade,” he says. “And it’s been nothing.”

Clarke disagrees, pointing to a 2013 bill helping those mistakenly placed on the do-not-fly list, and amendments passed as part of Obamacare.

“That’s what separates me from someone who is recently moved to the community, and has nothing to show for it,” Clarke said.

Clarke, who was once a reliable Israel critic in Congress, has changed in recent years, although she remains lukewarm on Israel.

Only registered Democrats may vote in this primary.

In Staten Island and a slice of southern Brooklyn, a bitter primary is coming to a close. Incumbent Republican Rep. Dan Donovan is being challenged by his predecessor, Michael Grimm, who was forced to resign after pleading guilty to paying workers off the books.

The primary has been particularly personal, with Donavan repeatedly calling Grimm a convict and Grimm accusing him of offering to petition President Donald Trump to pardon him in exchange for dropping a primary challenge.

Trump has endorsed Donavan, saying he believes the incumbent has a better chance of winning the general election. But polls show Grimm leading by double digits. Both candidates have touted their closeness to Trump’s policies in the Republican borough.

Only registered Republicans may vote in this primary.

“Primary elections always have low turnouts, which means your vote will count even more,” said Josh Mehlman, chairman of the Flatbush Jewish Community Coalition. “Our ability to advocate government officials depends on our voting strength.”