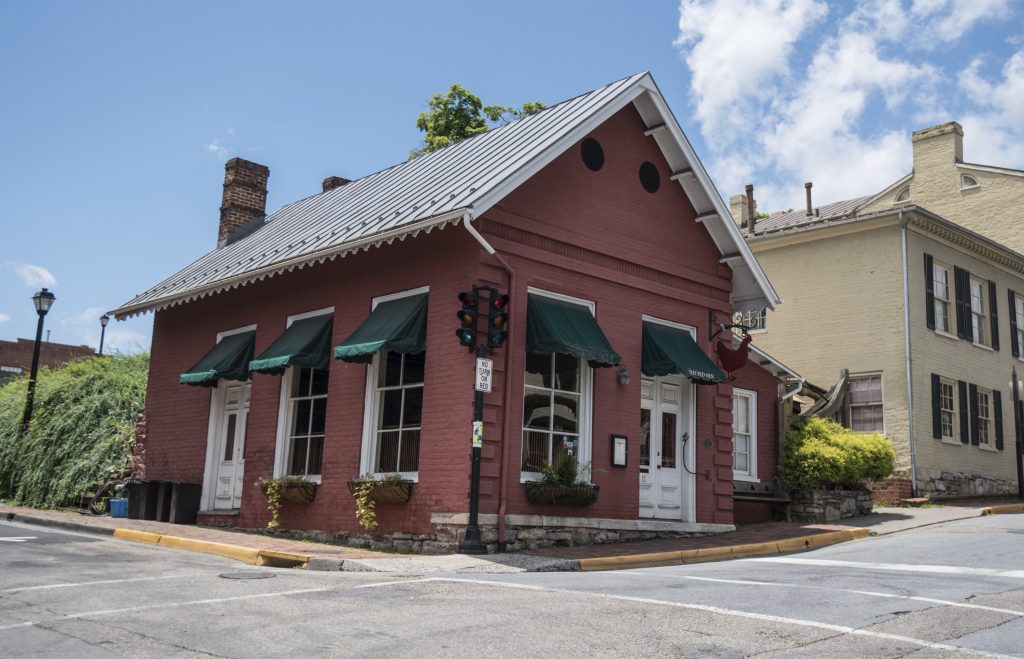 White House press secretary Sarah Huckabee Sanders was booted from a Virginia restaurant because she works for President Donald Trump, setting off a fierce debate about whether politics should play a role in how administration officials are treated in public.

Sanders was the latest to experience a brusque reception in such a setting.

Sanders tweeted that she was told by the owner of the Red Hen in Lexington, Virginia, that she had to “leave because I work for [President Trump] and I politely left.” She said the episode Friday evening said far more about the owner of the restaurant than it did about her.

“I always do my best to treat people, including those I disagree with, respectfully and will continue to do so,” Sanders said in the tweet from her official account.

The restaurant’s co-owner Stephanie Wilkinson told The Washington Post that her staff had called her to report Sanders was in the restaurant. She cited several reasons they felt uncomfortable with her at the restaurant.

“Tell me what you want me to do. I can ask her to leave,” Wilkinson told her staff, she said. “They said yes.”

Wilkinson said that she talked to Sanders privately and that Sanders’s response was immediate: “That’s fine. I’ll go.”

Over the weekend, former House Speaker Newt Gingrich weighed in on the increasingly nasty tone of politics. Gingrich was known for setting a more combative tone in congressional politics in the 1990s.

“The increasing personal nastiness toward people who work for President Trump reflects the left’s understanding that they are losing,” Gingrich said in a tweet. “Nastiness reflects desperation, not strength. They can’t win the argument so they use nastiness. Sad and dangerous.”

Lexington, located in the Shenandoah Valley and a three-hour drive southwest of the nation’s capital, is politically a spot of blue in a sea of red. It sided with Democratic nominee Hillary Clinton in the 2016 presidential election, by a 2-1 margin. It’s the county seat of Rockbridge County, which went with Trump by a similar margin. And it is home to Virginia Military Institute and Washington and Lee University.

Sanders’s treatment at the restaurant created a social media commotion with people on both sides weighing in, including her father, Mike Huckabee, a former Arkansas governor and Republican presidential candidate.

“Bigotry. On the menu at Red Hen Restaurant in Lexington VA. Or you can ask for the ‘Hate Plate,'” Huckabee said in a tweet. “And appetizers are ‘small plates for small minds.'”

The separation of families trying to enter the U.S. at the southern border has intensified political differences and passions that were already at elevated levels during the Trump presidency.

Earlier in the week, Trump’s Homeland Security secretary, Kirstjen Nielsen, cut short a working dinner at a Mexican restaurant in Washington after protesters shouted, “Shame!” until she left. A few days earlier, Trump aide Stephen Miller, a key adviser on immigration, was accosted by someone at a different Mexican restaurant in the city, who called him “a fascist,” according to the New York Post.

Ari Fleischer, who was a press secretary for President George W. Bush, tweeted: “I guess we’re heading into an America with Democrat-only restaurants, which will lead to Republican-only restaurants. Do the fools who threw Sarah out, and the people who cheer them on, really want us to be that kind of country?”