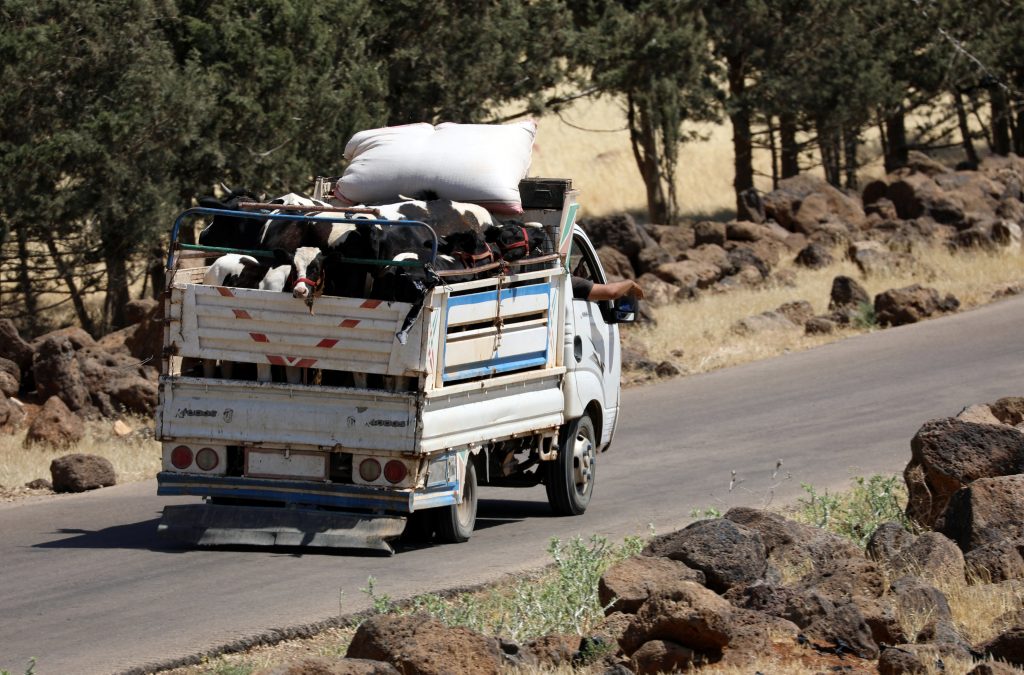 The United States has told Syrian rebel factions they should not expect military support to help resist a Russian-backed government offensive to regain opposition-held parts of Syria bordering Jordan and the Israeli side of the Golan Heights.

A copy of a message sent by Washington to heads of Free Syrian Army (FSA) groups, which was seen by Reuters, said the U.S. government wanted to make clear that “you should not base your decisions on the assumption or expectation of a military intervention by us.”

The United States had earlier warned Syrian President Bashar al-Assad and his Russian allies that violations of a “de-escalation” zone agreed by the United States and Russia last year would have “serious repercussions” and pledged “firm and appropriate measures.”

The toughly worded statements had raised the hopes of the Western-backed opposition of a possible American military intervention in the event that the Syrian army’s bombing campaign broadens to an all-out offensive across the southwest.

The U.S. message also told the rebels it was left to them alone to decide how to face the Syrian army’s military campaign based on what they saw was best for themselves and their people.

“We in the United States government understand the difficult conditions you are facing and still advise the Russians and the Syrian regime not to undertake a military measure that violates the zone,” the message also said.

The United States has supported the moderate mainstream FSA faction with millions of dollars worth of arms and paid monthly salaries to thousands of rebels in the course of the seven-year war under a military aid program run by the CIA.

But analysts believe the aid has dropped after President Donald Trump decided last year to shut down the program.

At least 20 raids struck Busra al Harir, a town east of Deraa city, followed by other strikes on a string of other rebel-held areas at dawn, residents and rebels said.

Syrian state media said rebels had fired indiscriminately on residential areas of the city, causing several casualties, adding that the army had hit what it called “terrorist” hideouts.

Since the start of the offensive last week, the Syrian government had mostly deployed artillery and rockets. Russian warplanes that were critical to the recapture of other rebel-held areas were conspicuously absent.

Throwing in Russia’s full military weight in the campaign to regain southern Syria will weaken the ability of mainstream rebel groups to hold their ground.

The southwest is of strategic concern to U.S.-allied Israel, which has this year stepped up attacks on Iran-backed militia allied to Assad.

U.S. ally Jordan, which has been worried by the escalation, said it was engaged in intensive diplomacy with Washington and Moscow to preserve the zone and prevent a wider confrontation.

The loss of opposition-held southern Syria would deal a major blow to the rebel cause. It could secure the reopening of a major international border crossing with Jordan.

The southwestern city of Deraa is seen by the opposition as the cradle of the 2011 uprising that began as a peaceful protest movement against Assad’s authoritarian rule but has spread across the country and degenerated into civil war.