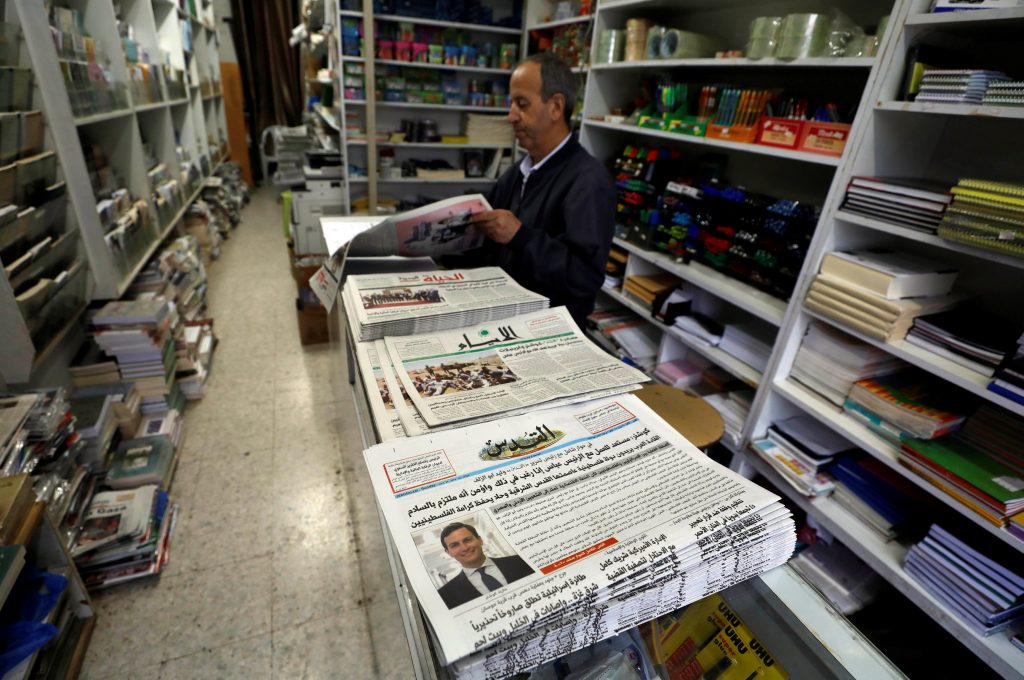 In an interview that appeared in Arabic on Sunday in the Palestinian newspaper Al Quds, Kushner – who is meeting leaders in the region, but not Abbas – questioned his ability to make a deal and said the U.S. proposal would be published soon.

Abbas has refused to see Trump’s team following his decision in December to recognize Yerushalayim as the capital of Israel and to move the U.S. Embassy there. The Palestinians want their own future state with a capital in East Jerusalem.

“If President Abbas is willing to come back to the table, we are ready to engage; if he is not, we will likely air the plan publicly,” Kushner said, according to an English-language transcript released in Washington.

“However, I do question how much President Abbas has the ability to, or is willing to, lean into finishing a deal. He has his talking points which have not changed in the last 25 years,” Kushner said.

Commenting on the interview, Nabil Abu Rdainah, a spokesman for Abbas, said: “The road to peace is clear – commitment to the two-state solution, a Palestinian state on the 1967 borders with Jerusalem as its capital. This is the road to any negotiations or any meetings.”

The Trump administration has said it would support a two-state solution if both sides agree to it, but in the interview Kushner did not commit to Palestinian statehood, long the foundation of U.S. policy in the region.

“I don’t want to speak about specifics of the deal we are working on,” Kushner said.

The plan is expected to propose detailed solutions to core issues in dispute between the Israelis and Palestinians, such as borders, the future of Israeli settlements, the fate of Palestinian refugees and security.

In the interview, which was headlined, “I am ready to work with President Abbas, if he wishes” and published in Arabic, Kushner gave a direct message to the Palestinian people: “You deserve to have a bright future. Now is a time where both the Israelis and Palestinians must bolster and re-focus their leadership, to encourage them to be open towards a solution and to not be afraid of trying.”

Kushner emphasized the economic benefits of a deal, saying that he believed “we can attract large investments in the infrastructure from both the private and the public sectors” to improve the Palestinian economy.

Asked by Al Quds editor-in-chief Walid Abu-Zalaf how his plan differs from those that came before, Kushner said he and his team had “spent a lot of time listening, and focusing on the people.”

Challenged on the assertion by an Abbas aide that the American plan was “a waste of time and is destined to fail,” Kushner said he believed that the Palestinian leadership said such things “because it’s afraid that we are going to publish our peaceful plan that will be liked by the Palestinian people.”

He said he had not been in direct contact with Abbas, but that intermediaries had passed on messages.

Asked about the situation in Gaza, which is controlled by Abbas’s rivals, the Islamist terror group Hamas, Kushner said, “What is happening in Gaza is very sad. The situation started before President Trump came into power but we have to try to make improvements. The level of despair reveals the worst scenario that can happen when things are left without a solution and when it is allowed to continue.”

He said Gazans were “hostages to a bad leadership” which was unable to engage with the international community. Hamas is regarded as a terrorist organization by Israel and the United States.

Pressed by the interviewer on the “traditional” issues, as opposed to the economic concerns that he had focused on, Kushner did not go into detail, but said “the fundamental traditional issues are very important” and that his team appreciated “the historical differences between the two sides.”

He added: “We are committed to finding a package of solutions the two sides can live with. Resolving fundamental issues without creating a path for a better life will not lead to a lasting solution.”