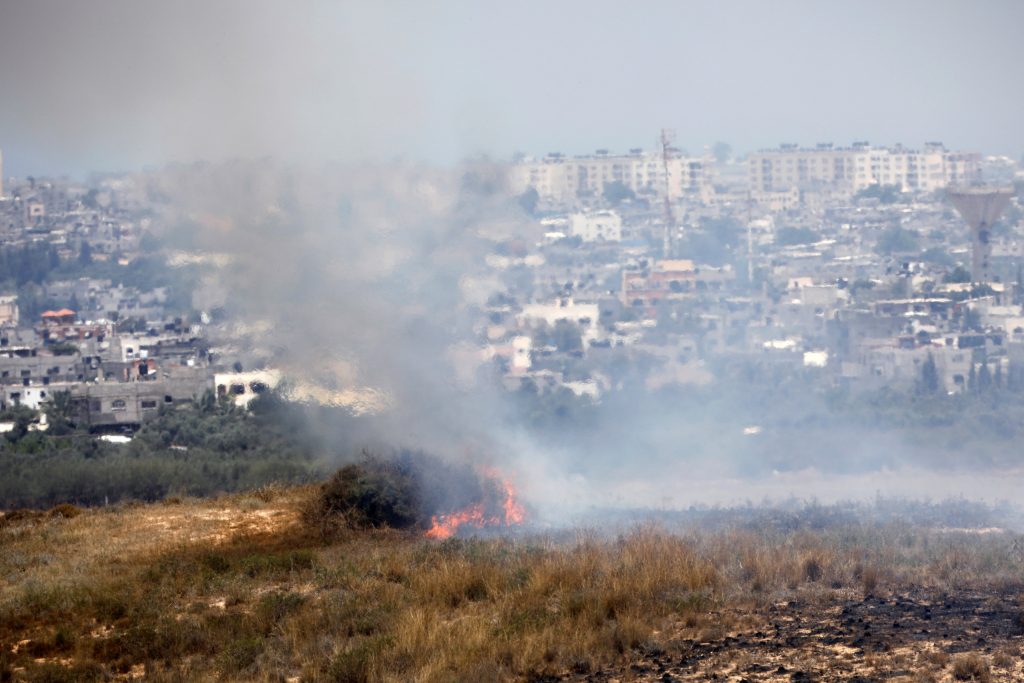 The IDF struck again at incendiary balloonists in Gaza on Sunday afternoon.

The military confirmed that “using an aircraft, the IDF attacked a vehicle that was being used by a cell that had launched incendiary balloons in the southern Gaza Strip,” apparently referring to an IDF drone.

A second strike against the terrorists, which had been reported in the Palestinian media, was not immediately confirmed by the IDF.

The IDF action was in response to 16 fires in the Gaza periphery on Sunday, apparently sparked by incendiary kites and balloons, according to Ynet.

Firefighting forces were able to contain all of the fires.

No Palestinian injuries were reported in the drone operation. No one was on the motorbike at the time it was hit.

According to the Hamas-affiliated Shehab news outlet, the drone strikes occurred outside the Bureij refugee camp.