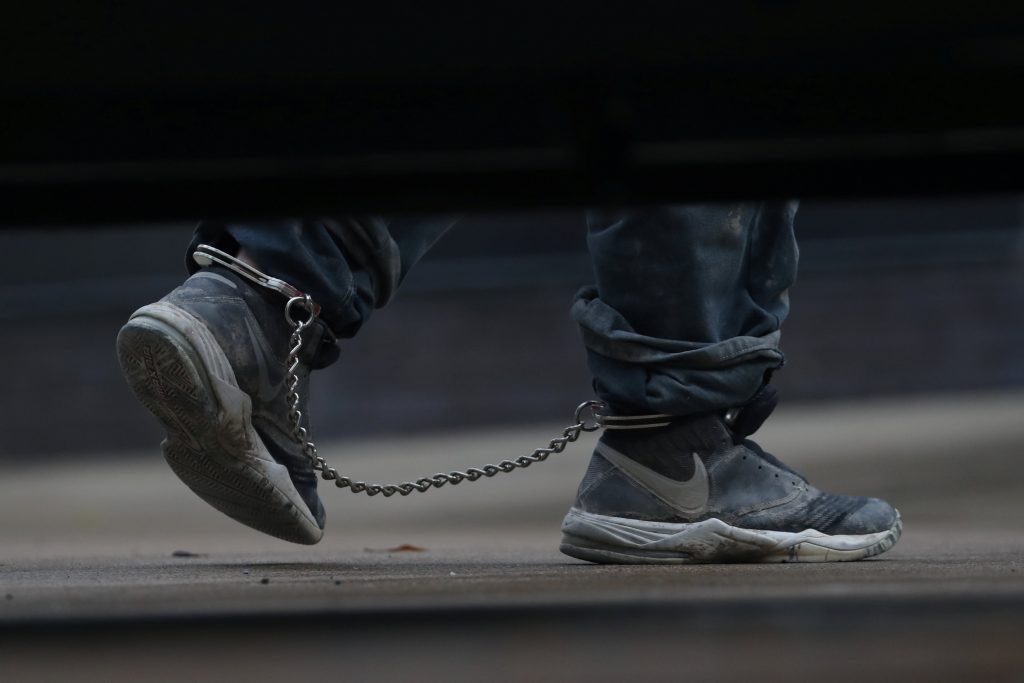 President Donald Trump’s order to stop separating migrant children from their parents spread confusion and uncertainty along the border, as officials worked to come up with a plan to reunite families while sending conflicting signals about the state of the administration’s “zero tolerance” policy.

Parents who remained locked up struggled to get in touch with children being held in many cases hundreds of miles away. Some said they didn’t even know where their children were. Others said they had been deported without them.

Trump himself took a hard line on the crisis, accusing the Democrats of telling “phony stories of sadness and grief.”

“We cannot allow our country to be overrun by illegal immigrants,” he tweeted.

A senior Trump administration official said that about 500 of the more than 2,300 children taken from their families at the border in recent weeks have been reunited since May.

Federal agencies are working to set up a centralized reunification process for all remaining children at a detention center on the Texas side of the border, said the official, who was not authorized to discuss the matter publicly and spoke to The Associated Press on condition of anonymity.

There were also signs that the administration is dialing back, for now at least, its “zero tolerance” policy of prosecuting all adults caught crossing into the U.S. illegally.

The federal public-defender’s office for the region that covers El Paso to San Antonio said Thursday that federal prosecutors would be dismissing cases in which parents were charged with illegally entering or re-entering the country and were subsequently separated from their children.

“Going forward, they will no longer bring criminal charges against a parent or parents entering the United States if they have their child with them,” wrote Maureen Scott Franco, public defender for the Western District of Texas, in an email shown to the AP.

In the Texas border city of McAllen, federal prosecutors unexpectedly did not pursue charges against 17 immigrants Thursday. A prosecutor said in court that “there was no prosecution sought” in light of Trump’s executive order Wednesday ending the practice of separating families.

Justice Department officials denied that “zero tolerance” has been rolled back.

“There has been no change to the department’s zero tolerance policy to prosecute adults who cross our border illegally instead of claiming asylum at any port of entry at the border,” spokeswoman Sara Isgur Flores said.

Outside the federal courthouse in McAllen, immigration attorney Efren Olivares said that 67 people were charged Friday morning with illegal entry, but none were parents with children.

Meanwhile, a 7-year-old boy and his mother, separated a month ago, were reunited Friday after she sued in federal court and the Justice Department agreed to release the child.

They were brought back together around 2:30 a.m. at Baltimore-Washington International Airport in Maryland, hours after the government relented.

The mother, Beata Mariana de Jesus Mejia-Mejia, had filed for political asylum after crossing the border with her son, Darwin, following a trek from Guatemala. She said that she cried when the two were reunited and that she is never going to be away from him again.

But a 31-year-old Brazilian man held in Cibola County Correctional Center in Milan, New Mexico, said he didn’t know when he would see his 9-year-old son again.

The father told the AP in a phone interview that he spoke to his son once by phone since they were separated 26 days earlier. The man, who is seeking asylum, spoke on condition of anonymity because, he said, a gang is looking for him in Brazil for failure to pay an $8,000 debt.

The man said he worries about his son, who speaks only Portuguese.

“He cried. He was so sad,” the father said. “I had promised him it would only be three to five days.”

The uncertainty at the border resulted after Trump abruptly reversed policy in the face of an outcry over the separation of children from their parents. The president said he would keep children and parents together.

The reversal left a host of unanswered questions, including where the government will house newly detained migrants in an already overcrowded system, and precisely how parents and children will be kept together.

The administration began drawing up plans to house as many as 20,000 migrants on U.S. military bases, though officials gave conflicting explanations as to whether those beds would be for children or for families.

The Justice Department also went to court in an attempt to overturn a decades-old settlement that limits to 20 days the amount of time migrant children can be locked up with their families.

In Washington, the House killed a hard-right immigration bill Thursday and Republican leaders delayed a planned vote on a compromise GOP package, with party members fiercely divided on the issue. Democrats oppose both measures.

The rejected bill would have curbed legal immigration and bolstered border security but would not have granted a pathway to citizenship to “Dreamers” who arrived in the country illegally as children.

The delayed vote was on a compromise bill between GOP moderates and conservatives that would offer Dreamers a pathway to citizenship and provide $25 billion for Trump’s border wall, among other things.

First Lady Melania Trump made a surprise visit Thursday to a McAllen detention center housing some of the children.

She made waves while boarding the flight to McAllen in a green military-style jacket with the message “I really don’t care, do u?” on the back. Her husband later tweeted that the slogan referred to “the Fake News Media. Melania has learned how dishonest they are, and she truly no longer cares!”