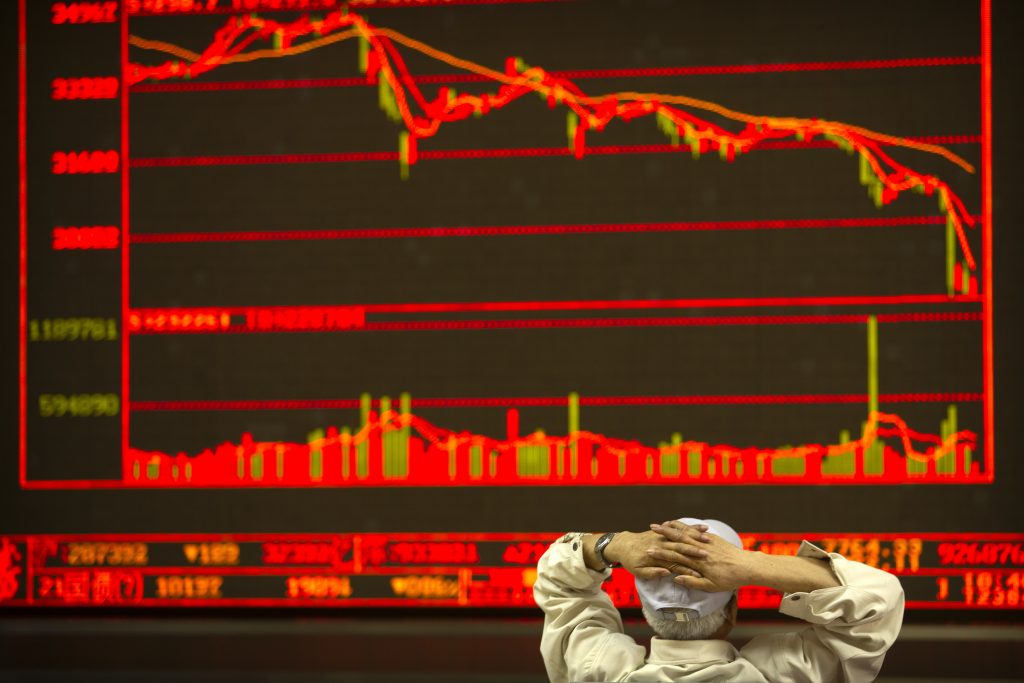 Asian stocks fell Friday following Wall Street losses overnight as investors were still wary over trade disputes between China and the U.S. as well as between the U.S. and Europe that could hurt corporate profit and jobs.

The U.S. is to start taxing $34 billion in Chinese goods in two weeks while Beijing has vowed to retaliate with its own tariffs on U.S. soybeans and other farm products. The European Union is set to slap tariffs on $3.4 billion in American products on Friday, in response to the U.S. move to impose tariffs on steel and aluminum from around the globe.

Turkey also imposed tariffs on nearly two dozen U.S. products, starting Thursday to strike back at Washington’s sanctions on imported steel and aluminum. On Thursday German automaker Daimler said the tariffs China plans to put on cars imported from the U.S. will contribute to a small decline in earnings this year.

Prices of oil rose ahead of OPEC meeting on Friday. Benchmark U.S. crude gained 95 cents to $66.49 per barrel in electronic trading on the New York Mercantile Exchange. On Thursday, it dropped 0.3 percent to $65.54 a barrel in New York. Brent crude, the international standard for oil prices, rose 96 cents to $74.01 per barrel in London. It lost 2.3 percent to $73.05 a barrel on Thursday.