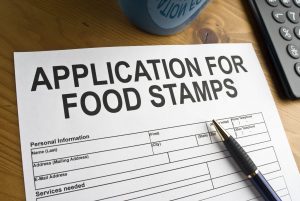 The proposal would move the $70 billion Supplemental Nutrition Assistance Program, better known as food stamps, out of the Department of Agriculture and into a rebranded Department of Health and Human Services. Separately, it would also merge the Education and Labor Departments into one agency, and shrink the Office of Personnel Management.

Conservative groups who have pushed the plan, including the Heritage Foundation, say HHS is better equipped to make major reforms to SNAP than the Agriculture Department. They also argue that the consolidation will help administrators better track how much money low-income families receive in benefits — a potential precursor to paring back those programs.

The proposal marks the latest attempt to rewrite the social safety net by the Trump administration, which has also pitched plans to replace SNAP cash benefits with government-sourced canned goods, and to triple the rents for low-income Americans living in subsidized housing projects.

“There’s no integration between these programs; and they need to be brought together so that they can be understood and analyzed holistically,” said Robert Rector, a senior research fellow at the Heritage Foundation who is widely credited with crafting the ideas in the Trump proposal. “Our current system, both in the executive branch and in Congress, is completely incapable of doing that … No one sees the full picture.”

The federal government administers more than 70 means-tested programs under the status quo, from traditional cash welfare to tax credits aimed at lessening the tax burden on low-income Americans. A patchwork of federal agencies administers the programs; and a wide range of congressional committees oversee them.

The Agriculture Department, for instance, has run food stamps for decades, a legacy of a time when the program existed in large part to redistribute surplus commodities. But HHS oversees many of the others programs that SNAP recipients also rely on, such as Medicaid, subsidized child care and Temporary Assistance for Needy Families (TANF).

Under the Trump administration’s plan, those programs — as well as WIC, the Special Supplemental Nutrition Program for Women, Infants and Children — would be consolidated under a rebranded HHS, the Department of Health and Public Welfare. The Office of Management and Budget said Thursday that the change would better align federal agencies with their counterparts on the state level.

The administration also proposes creating a new Council on Public Assistance within the rebranded department, with the authority to share data and set uniform work requirements across all agencies that administer benefits.

Such data-sharing would give policymakers a 360-degree view of all the federal benefits a single family receives, said Rector, who believes they are much higher than official numbers show. If that is the case, the new data could build political momentum for downsizing programs or tightening eligibility rules.

The plan will also make it easier, Rector said, for the administration to pass uniform work requirements across multiple programs, particularly food stamps, and moves that anti-hunger advocates have opposed. While Trump’s USDA has signaled its interest in broadening those requirements, Rector criticized the agency for dragging its feet and providing “profoundly inaccurate” technical guidance to the House Agriculture Committee as it drafted its own recent SNAP proposals.

HHS is seen by conservative groups as having a better track record on welfare reform, having implemented broad TANF work requirements in the late 1990s, and opening the door for states to impose work requirements on Medicaid recipients six months ago.

“The White House is consistently pushing agencies to support pathways for people to move to work from welfare,” said Kristina Rasmussen, the vice president of federal affairs at the conservative Foundation for Government Accountability. “HHS took this directive to heart and has been churning out some pretty great things in the last six months.”

But despite its support among conservative reformers, Trump’s plan is unlikely to gain traction among the lawmakers who would need to approve a federal reorganization — or among anti-poverty groups, who have been critical of what they say are attacks on low-income Americans.

Moving SNAP out of the Agriculture Department would cut the agency’s current budget by more than half. It could also threaten a long-running political alliance between anti-hunger advocates and farm interests, which has for decades guaranteed the passage of farm and nutrition policies.

“The White House’s desire to reorganize the government to put all safety net programs under a ‘Department of Health and Public Welfare’ is a first strike by conservatives toward achieving their ultimate goal: doing away with safety net programs altogether,” Abby J. Leibman, the president of the anti-hunger group MAZON, said in a statement.

In addition to this proposal, the Trump administration has suggested overhauling SNAP by dramatically cutting the program’s funding and substituting a government-sourced “Harvest Box” for a portion of cash benefits. In February, the USDA began soliciting ideas for strengthening work requirements in the program.