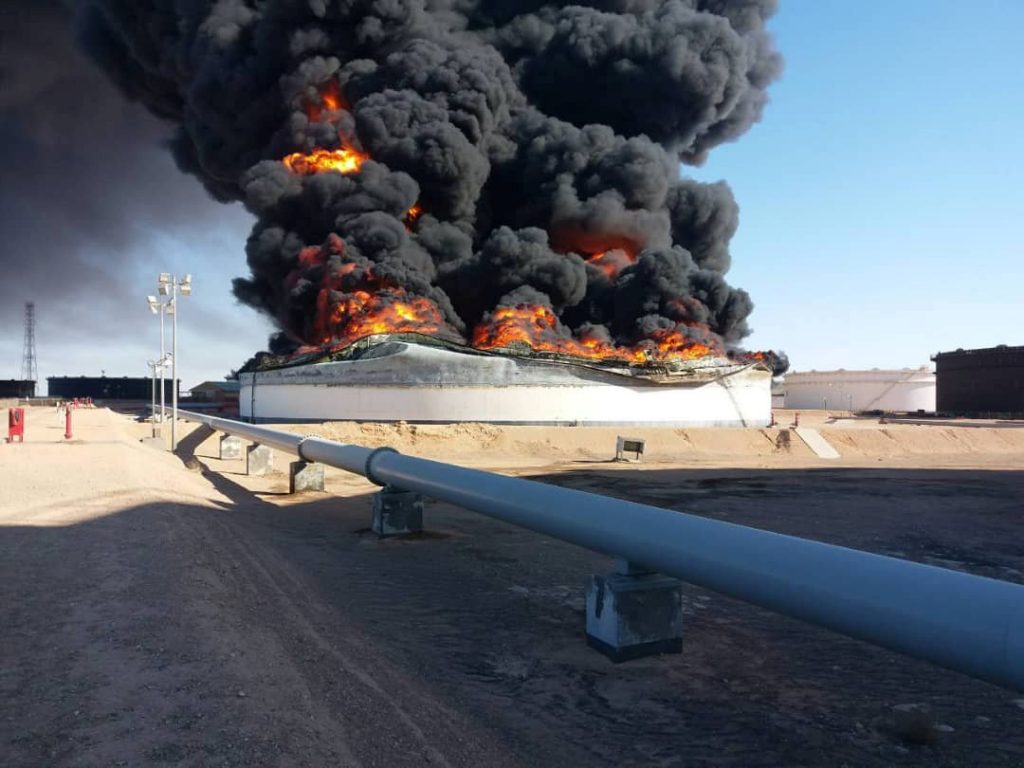 East Libyan forces said on Thursday they had rapidly retaken the shuttered oil ports of Es Sider and Ras Lanuf, where the head of Libya’s National Oil Corporation (NOC) said he hoped operations would resume in a “couple of days.”

The ports had been closed for a week, after armed brigades opposed to the powerful eastern commander Khalifa Haftar stormed them, causing a production loss of 240,000 barrels per day (bpd).

The United States on Wednesday strongly condemned the attacks, and called for “all armed actors” to withdraw immediately from oil installations, the U.S. State Department said.

The clashes between forces loyal to Haftar’s Libyan National Army (LNA) and rival armed groups ended with the LNA leaving the ports. The LNA took control of Es Sider and Ras Lanuf along with other oil ports in Libya’s oil crescent in 2016, allowing them to reopen after a long blockade and significantly lifting Libya’s oil production.

A military source said the three-pronged attack was launched by the Benghazi Defense Brigades (BDB), a group that has previously tried to take the oil crescent and advance on Benghazi, which has been fully controlled by Haftar since late last year.

The NOC blamed Ibrahim Jathran, who headed an armed group that blockaded oil crescent terminals for three years before being forced out by the LNA, and who appeared on social media last Thursday announcing the start of a campaign.

“We announce the preparation of our ground forces and supporting forces in the oil region, and our objective is to overturn the injustice for our people over the past two years,” he said, standing in a camouflage jacket in an unidentified desert area.

“The past two years have been catastrophic for people in the oil crescent because of the presence of the system of injustice which is the other face of terrorism and extremism.”

The NOC says Jathran’s previous blockades cost Libya tens of billions of dollars in lost revenue. He is sought by judicial authorities in Tripoli for the blockades and attempts to export oil independently.