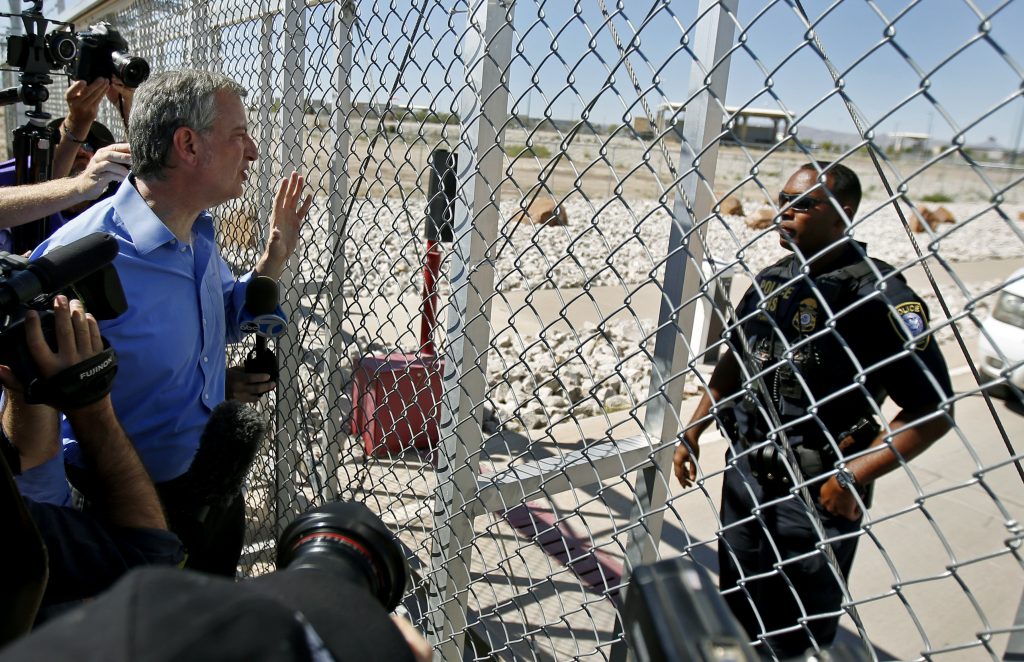 Mayors of major U.S. cities who gathered Thursday at a holding facility for immigrant children at Texas’ border with Mexico said that President Trump has failed to address a humanitarian crisis of his own making with an executive order to halt the separation of minors, as families are detained crossing the U.S. border illegally.

“The reason that those children cannot be reunified, is the system has been overwhelmed by this policy,” Durkan said. “It is unclear whether the children being separated from their families are being treated as unaccompanied minors. They do not know where these children’s parents are. This is a humanitarian crisis.”

She joined about 20 mayors from cities across the country in calling for the immediate reunification of immigrant children with their families.

The mayors spoke in succession for more than an hour at a news conference outside a cluster of fenced-off tents nestled along the Rio Grande, within view of cotton fields and pecan orchards. They said Trump’s order raises as many new questions as it answers.

The group asked to tour the holding facility to witness conditions inside, and were denied immediate access by the Department of Health and Human Services, said Steve Benjamin, mayor of Columbia, South Carolina.

Amid worldwide outrage, Trump on Wednesday reversed a policy that has already separated more than 2,300 children from their parents.

In Washington D.C., the House of Representative prepared to vote Thursday on a Republican immigration bill. Trump suggested that any measure that is approved by the House would be doomed in the Senate anyway.

In Texas, Los Angeles Mayor Eric Garcetti described uncertainty about access to legal representation for immigrant families and maximum holding periods for those accused of illegally crossing the border.

“We need legislation that will resolve this,” said Garcetti. “And that’s just the first step — then you need to live up to your word on Dreamers.”

One compromise bill before Congress would create a pathway to citizenship for the young immigrants known as Dreamers, who have been living in the U.S. illegally since childhood.

The mayors of Miami, Los Angeles and Central Falls, Rhode Island, invoked their personal family histories of immigration to the United States from Latin American countries, as they questioned the effectiveness of Trump administration’s zero-tolerance policy on border crossings.

“The fact that, at least for the moment, Trump has gotten a little less inhumane hardly solves the problem” Webber said.