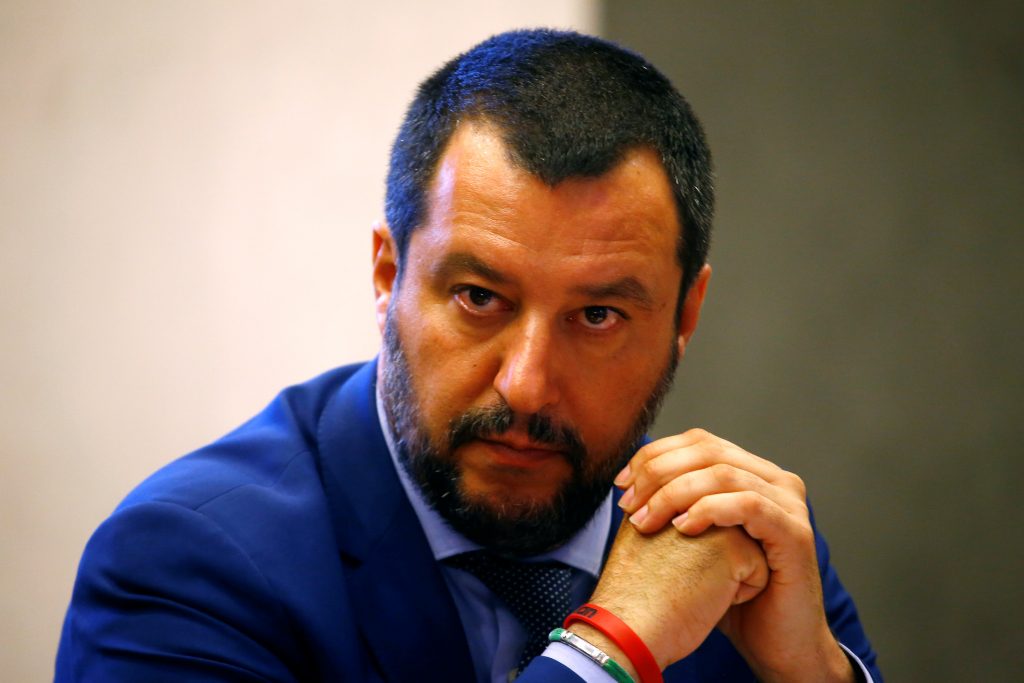 Italy’s hardline interior minister on Thursday refused port to a Dutch-flagged rescue boat with 224 migrants on board, a week after turning away another foreign ship, the Aquarius, carrying 630 migrants.

Matteo Salvini said the ship operated by the German aid group Mission Lifeline had loaded the migrants in Libyan waters after the Italian coast guard told it to leave the rescues to the Libyan coast guard. Salvini said he had contacted the Dutch ambassador about the ship’s activities, adding that the migrants “will only see Italy on the map.”

Mission Lifeline said it conducted the rescue in international waters and asked for a safe port — which had not been assigned — adding “we are sailing northward.” The ship’s position Thursday night was not clear.

The aid group has rescued 675 migrants since 2016, until now handing them over to other ships to continue rescues at sea. This is the first time it is requesting a port.

“Mission Lifeline fears that a similar situation to the Aquarius … could be on the horizon,” the group said in a statement, adding that the additional days at sea had health consequences for some of the Aquarius passengers. “Therefore, the NGO calls on the competent authorities to swiftly react to their obligation to designate a place of safety.”

Spokesman Axel Steier said in an email that the condition of the migrants was “OK,” but said migrants coming from Libya typically faced “torture…, slavery.” He said the passengers need protection and that the group is looking for a safe port “such as Lampedusa or Pozzallo,” both in Sicily.

“We never were in Libyan waters!” he said.

The Aquarius, operated by SOS Mediterranee and Doctors Without Borders, took the migrants to Spain, traveling an additional 932 miles, after Italy and Malta refused to let them land.

Salvini has likened such rescue ships to taxi services that finish the job for migrant smugglers. He also has pointed out the failure of other European Union nations to take their share of migrants headed for Europe, a point that Italy will press in upcoming EU meetings. Salvini has threatened that Italy would withhold its payments to the EU if it doesn’t get more help on the migrant issue.