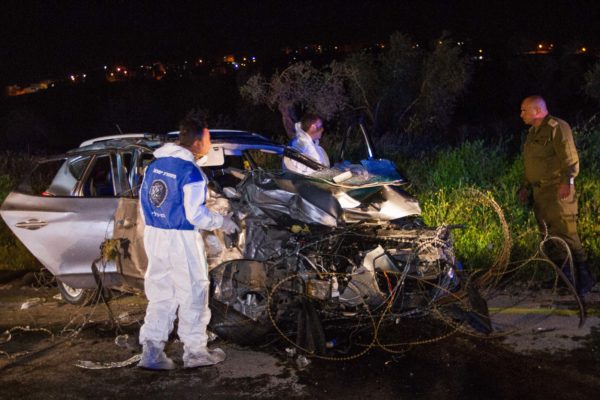 IDF bulldozers razed the apartment of Ala Ratab Kabha, a 27-year-old terrorist who murdered two IDF soldiers in a terror car-ramming attack in March. The two soldiers killed were Natanel Kahalani H”yd, 20, of the northern Israeli moshav of Elyakim, and Ziv Daos, H”yd, of the central Israeli town of Azor. The apartment was located on one of the floors of the family’s home in the Shomron village of Barta’a. The rest of the house remains standing.

The two soldiers were killed when a vehicle driven by Kabha hit them as they got out of an army jeep near Mevo Dotan in northern Shomron. Two other soldiers were injured in the incident. The Arab hit them when they were on the side of the road, making it clear that it was a terror attack, IDF officials said.

Overnight Wednesday, security officials said they arrested 17 wanted security suspects in other areas in Yehudah and Shomron. The suspects were wanted for participating in rioting and throwing stones and firebombs that endangered Israeli civilians and IDF soldiers. Several of the suspects were also charged with belonging to Hamas. All were being questioned by security forces.