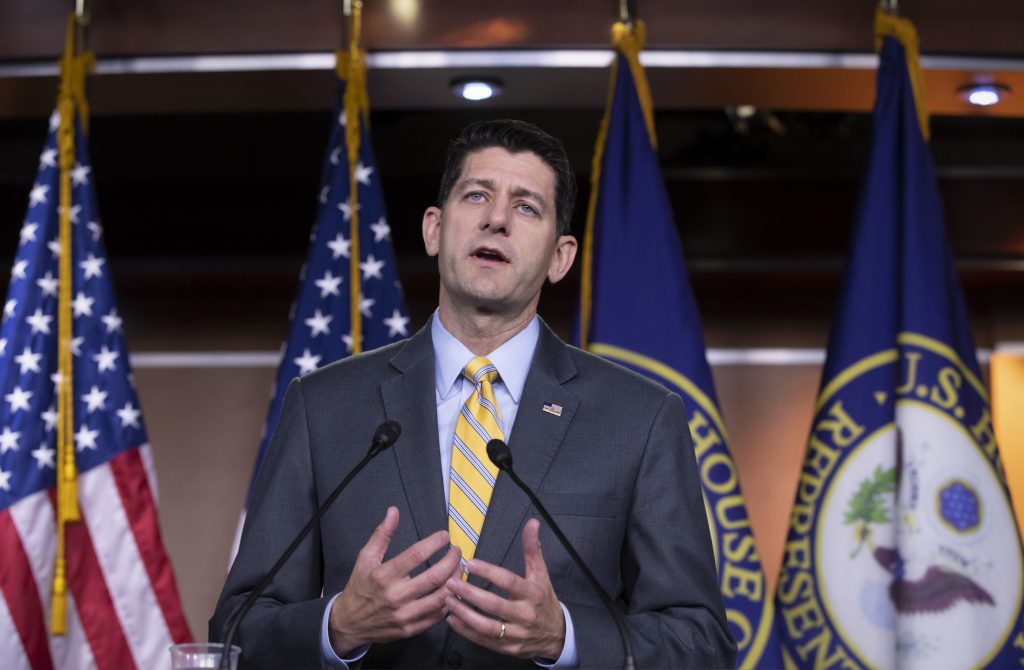 The House killed a hard-right immigration bill Thursday, and Republican leaders delayed a planned vote on a compromise GOP package with the party’s lawmakers fiercely divided over an issue that has long confounded them.

The conservative measure was defeated 231-193, with 41 Republicans — mostly moderates — joining Democrats in voting against it. Those defections — nearly 1 in 5 GOP lawmakers — underscored the party’s chasm over immigration and the election-year pressures Republicans face to stay true to districts that range from staunchly conservative to pro-immigrant.

Thursday’s vote set the stage for debate on the second bill, this one crafted by Republican leaders in hopes of finding an accord between the party’s sparring moderate and conservative wings. That compromise was considered too lenient by some conservatives and seemed likely to fall, too; and aides said the final roll call would wait till Friday.

Rejection of both would represent an embarrassment for President Donald Trump, who has supported them. As if the internal GOP turmoil was not enough, the party’s political exposure on the issue has been intensified by heartbreaking images of migrant children separated from families and complicated by opaque statements by Trump.

At the White House, Trump defended his administration’s “zero tolerance” policy of prosecuting all migrants caught illegally entering the country, a change that has caused thousands of families to be divided while the parents are detained. He said without it, “you would have a run on this country, the likes of which nobody has ever seen.”

And in a tweet that seemed to undermine House leaders’ efforts to round up votes, he questioned the purpose of their legislation by suggesting it was doomed in the Senate anyway.

Trump issued an executive order Wednesday aimed at reversing his own policy of taking immigrant children from their detained parents, but emotions remained high.

“I was welcomed here,” a tearful Rep. Norma Torres, D-Calif., said during House debate, describing her journey to the U.S. as a child from Guatemala. “I was not put in a freezing cell.”

In an embarrassing detour, the House used an early procedural vote to correct what Republicans called a drafting error — language providing $100 billion more than they’d planned to help build Trump’s proposed border wall with Mexico. Instead of giving initial approval for $24.8 billion spread over the next five years, the legislation said it would open the door to $24.8 billion “for each” of the next five years.

The rejected conservative bill would have granted no pathway to citizenship for young “Dreamers” who arrived in the country illegally as children, curbed legal immigration and bolstered border security.

The second was a compromise between GOP moderates and the party’s conservatives that included an opportunity for citizenship for the young immigrants. It provides $25 billion for Trump’s wall, restrictions on legal immigration and language requiring the Homeland Security Department to keep migrant families together while they’re being processed for illegal entry to the U.S.

Democrats oppose both measures as harsh.

Even before votes began, Trump complicated GOP efforts to round up votes.

“What is the purpose of the House doing good immigration bills when you need 9 votes by Democrats in the Senate, and the Dems are only looking to Obstruct (which they feel is good for them in the Mid-Terms),” Trump wrote. “Republicans must get rid of the stupid Filibuster Rule-it is killing you!”

In the unlikely event that the House approved the GOP compromise, it seemed certain to go nowhere in the GOP-run Senate. Democrats there have enough votes to use procedural delays to kill it. Sixty votes are needed to end filibusters.

On Wednesday, Trump reversed himself and took executive action aimed at curbing the separation of families. His order seemed to stem some of the urgency for Congress to act.

But GOP leaders were eager to hold the votes anyway. The roll calls would let Republicans assert to voters that they tried addressing the immigration problem.

“Our members wanted to express themselves on an issue they care a great deal about,” Speaker Paul Ryan said.

Passage of the GOP compromise was always a long shot, but failure may now come at a steeper price. Republicans and Trump have raised expectations that, in control of Congress and the White House, they can fix the nation’s long-standing immigration problems.

When the crisis of family separations erupted at the border, GOP leaders revised the compromise bill to bolster a provision requiring parents and children to be held together in custody. It did so by eliminating the 20-day cap on holding minors and allowing indefinite detentions.

Even though Trump has acted unilaterally to stem the family separations, lawmakers still prefer a legislative fix. The administration is not ending its “zero tolerance” approach to border prosecutions. If the new policy is rejected by the courts, which the administration acknowledges is a possibility, the debate could move back to square one.

Senate Republicans, fearing Trump’s action will not withstand a legal challenge and eager to go on record opposing the administration’s policy, have unveiled their own legislation to keep detained immigrant families together.

In the House, moderate Republicans forced the immigration debate to the fore by threatening to use a rare procedure to demand a vote. Led by Curbelo and Rep. Jeff Denham, R-Calif., many are from states with large populations of young “Dreamer” immigrants who now face deportation threats under Trump’s decision to end the Obama-era Deferred Action for Childhood Arrivals program. A federal court challenge has kept the DACA program running for now.