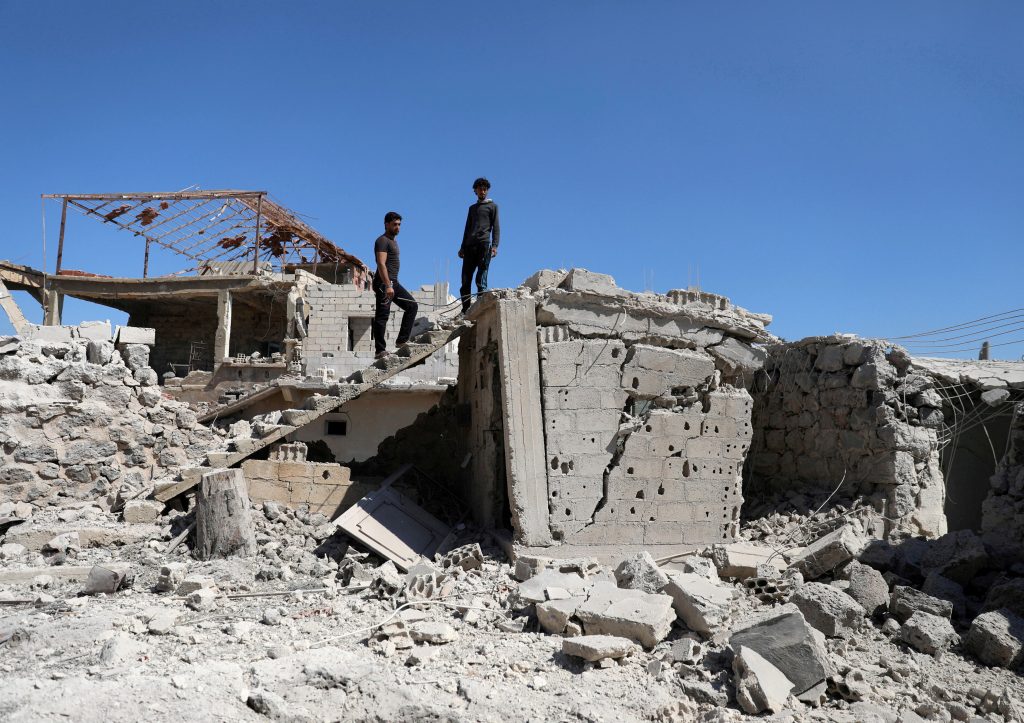 Syrian government forces pounded rebel-held areas of the southwest with artillery on Thursday, in a steady escalation by President Bashar al-Assad who has vowed to win back the area bordering Jordan and the Israeli-occupied Golan Heights.

The Syrian Observatory for Human Rights said 12,500 civilians had fled the town of Busra al-Hariri and nearby areas of Deraa province in the last two days. Rebel officials gave conflicting assessments of the scale of displacement.

A major government offensive in the southwest risks further escalating the seven-year-old war. The United States has warned it would take “firm and appropriate measures” in response to government violations of a “de-escalation” deal it brokered with Russia last year to contain the conflict in the southwest.

The Syrian state news agency SANA said the army was carrying out “focused artillery strikes” on militant positions in the towns of al-Harak and Busra al-Harir. State media said rockets fired by rebels from the Deraa area had killed two people in the government-held city of Sweida to the east.

Assad said earlier this month the government, at Russia’s suggestion, was seeking to strike a deal in the southwest similar to agreements that have restored its control of other areas through withdrawals of rebel forces.

But he also said there had been no results yet and blamed “Israeli and American interference”.