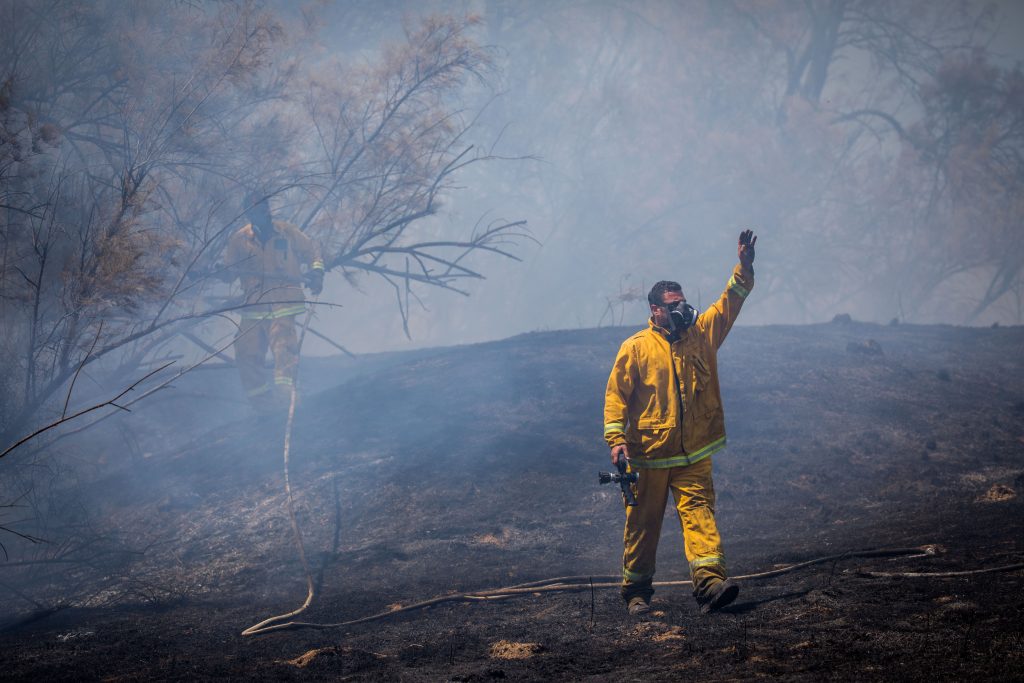 The Hamas arson terror racked up another 15 fires in southern Israel on Thursday, as firefighters were called out to put out blazes in Shokeda Forest and the Beeri Forest, according to Ynet.

Earlier in the day, the IDF confirmed Palestinian media reports that Israeli jets shot at a group of incendiary kite and balloon flyers east of Rafah in southern Gaza. No one was reported injured in the attack.

In another security incident on Thursday, the IDF thwarted a breach of the Gaza security fence involving about 40 Palestinians, near the Palestinian city of Tulkarem.

They were arrested and handed over to the Shin Bet security service for questioning.