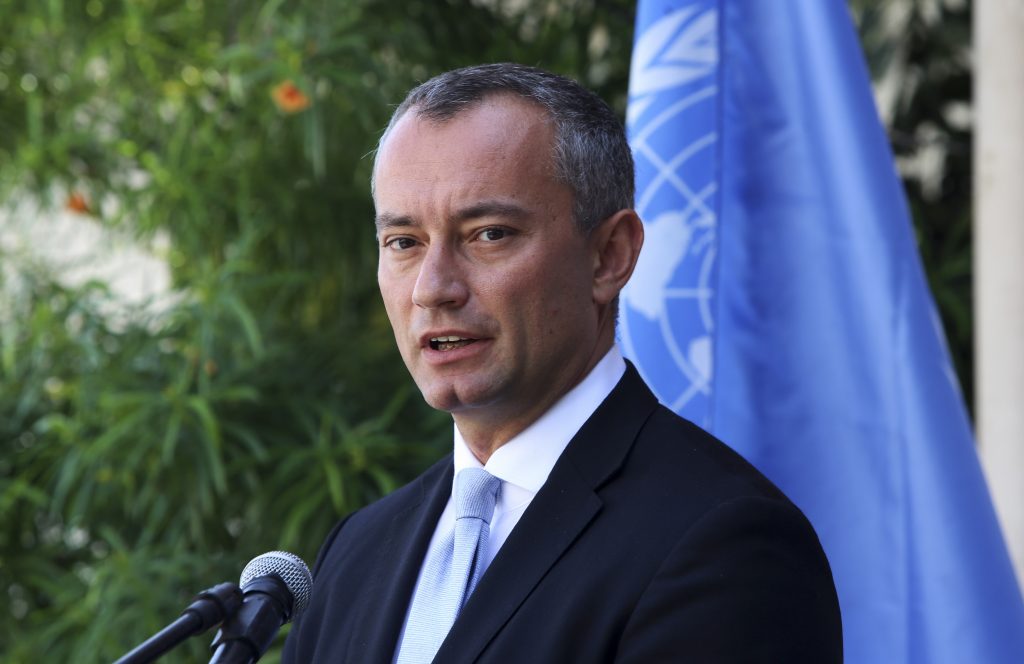 The U.N. agency for Palestinian refugees is “weeks away from painful cuts” to its emergency assistance for Gaza and refugees elsewhere because of an unprecedented gap in its budget of more than $250 million, the U.N. Mideast envoy said.

Nikolay Mladenov told the Security Council on Tuesday that in Gaza, “this would include a deferral of salaries to some of its workforce in July and the start of suspending core operations in August.”

The Trump administration announced in January it was withholding $65 million of a planned $125 million funding installment for the U.N. Relief and Works Agency. It released $60 million so UNRWA wouldn’t shut down, but made clear that additional U.S. donations would be contingent on major reforms at the agency.

Agency spokesman Christopher Gunness has said the actual cut was around $300 million because the U.S. led the agency to believe it would provide $365 million in 2018. He said UNRWA went into 2018 with a $146 million shortfall that ballooned to $446 million without the anticipated U.S. funds.

A dozen countries announced pledges of nearly $100 million in new funding for UNRWA at an emergency donor conference in Rome in March.

But facing the worst funding crisis in its 68-year history, Mladenov said UNRWA still has “an unprecedented shortfall of over $250 million.”

He announced that another pledging conference will be held Monday at U.N. headquarters in New York.

In a report to the Security Council obtained Monday by The Associated Press, Secretary-General Antonio Guterres said the desperate humanitarian situation in Gaza is compounded by the potential suspension of U.N. programs, which are “a lifeline for Palestinians,” as a result of UNRWA’s precarious financial situation.