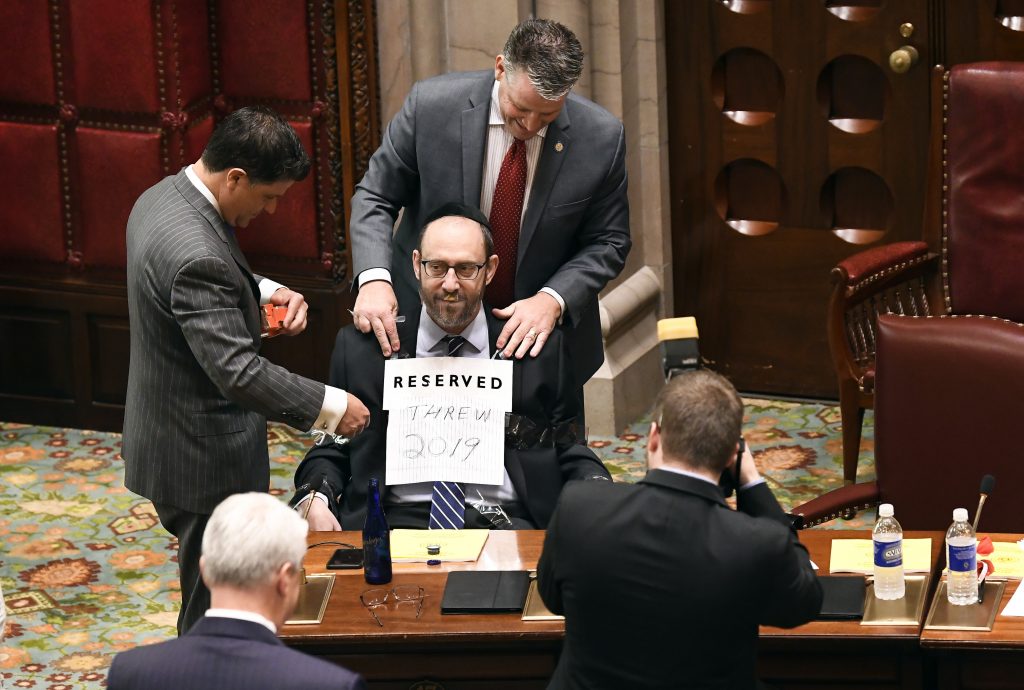 Proposals to overhaul teacher regulations and add more school zone speed cameras in New York City were up for consideration as New York state lawmakers worked to wrap up their legislative work for the year on Wednesday.

Compared to previous years, the 2018 legislative session is ending with a whimper. No votes are expected on high-profile proposals although lawmakers were expected to sign off on hundreds of bills of importance to specific communities, such as the renewal of local taxes.

A moment of levity came Wednesday morning when two Republican senators playfully tied up Sen. Simcha Felder with duct tape and hung a sign around his neck that read, “reserved threw (sic) 2019.”

That was referring to Felder’s status as a Democrat whose key 32nd vote allows the Republicans to retain control of the Senate. He has said he will caucus with the GOP for the session ending Wednesday but has not given any hints as to his future plans.

But he did manage to elude his captors’ clutches.

“I’ve escaped,” he texted to a Hamodia reporter minutes after photos emerged of him bound to a chair.