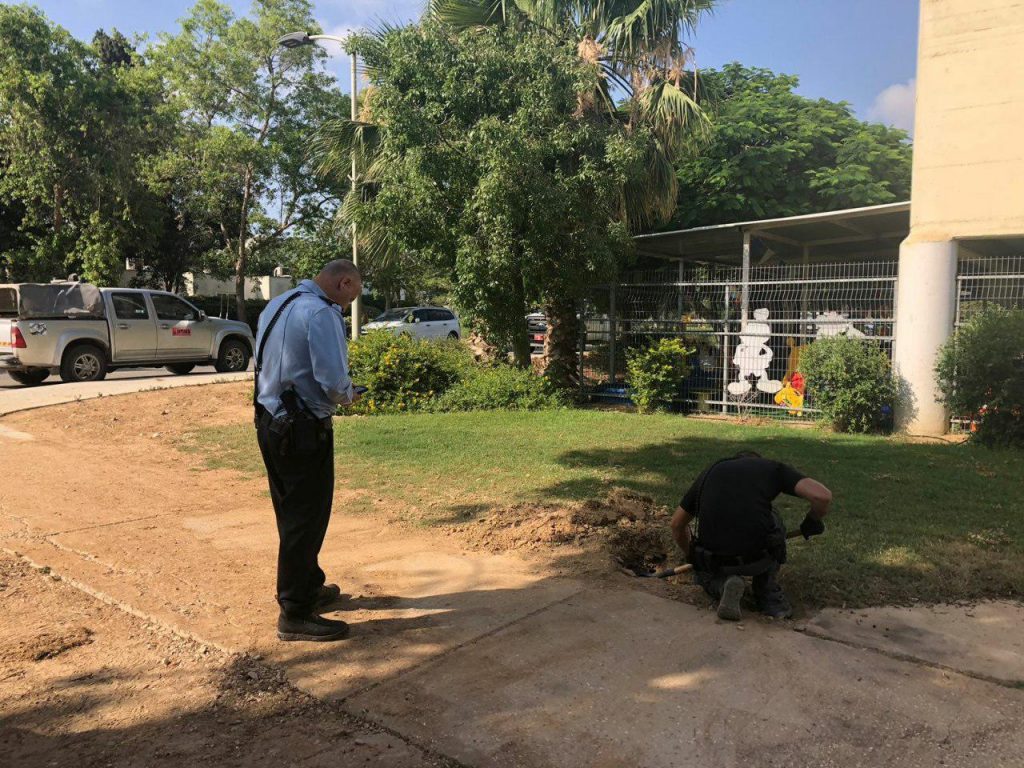 After a restive night in which at least 45 rockets were fired at Israel by Gaza Arab terrorists – with the IDF responding by hitting at least 25 terror targets – the IDF warned Gaza residents Wednesday that the terror activities of Hamas would lead to nothing but “destruction, destruction and more destruction. Hamas is causing an increase in tension and ignores the interests of residents of Gaza. Hamas does not care about residents of Gaza,” the IDF statement said, urging Gaza residents to “throw off” the burden of Hamas.

Officials in the Gaza border area were meanwhile taking stock of the security situation Wednesday morning. Officials said that one of the rockets fired early Wednesday fell right outside a kindergarten in the Eshkol region. B’chasdei Shamayim, no one was in the building at the time. Parents were told to keep their children at home while police bomb squad officers worked to determine if there were any other explosives in the area.

Between 1:00 a.m. and 5:30 a.m., 45 rockets were fired by Gaza Arab terrorists at Israeli towns in the Gaza border area. The Red Alert warning system sounded throughout the night, driving residents to enter bomb shelters. Seven of the rockets were intercepted by the Iron Dome anti-missile defense system. Officials were still searching for the remains of rockets Wednesday morning. Police issued a plea to residents to stay away from rockets they found and to inform authorities immediately.

In response, the IDF hit at least 25 Hamas positions throughout the night, the army said in a statement. Among the targets was a large underground facility Hamas used for training terrorists, and staging areas where terror balloons and kites were launched from. The IDF said in a statement that “Hamas overnight conducted a serious rocket attack against Israeli citizens, and it is putting the people of Gaza in danger. Hamas is responsible for everything that happens in Gaza, and it will bear the responsibility for any terror against Israelis.”