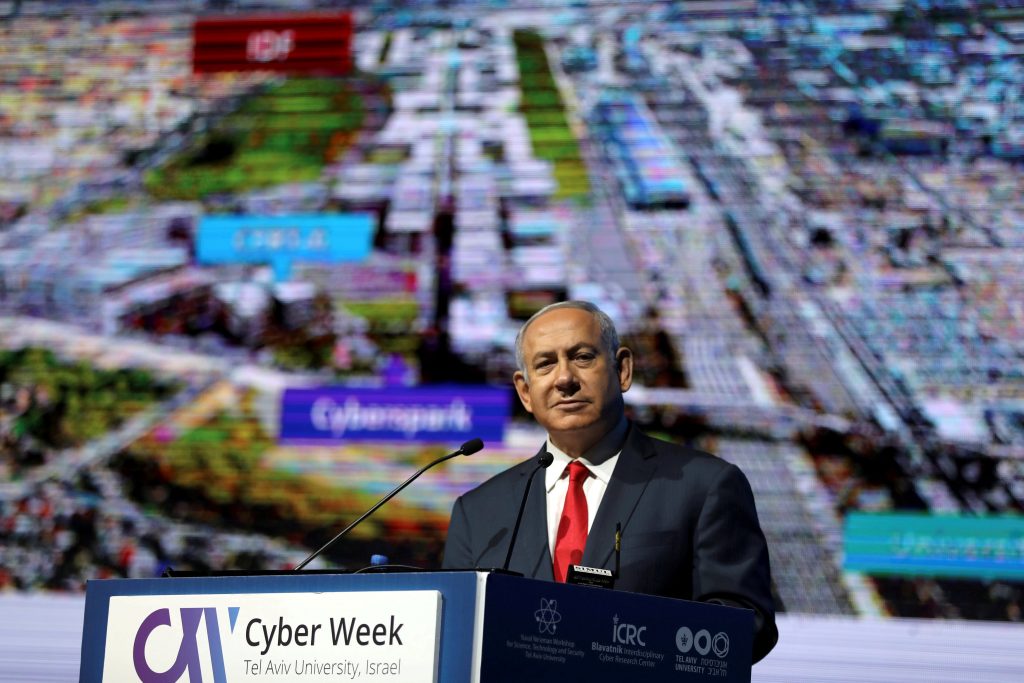 Prime Minister Binyamin Netanyahu called on governments worldwide on Wednesday to join forces to defend against cyber threats that he said could even bring down military and civilian aircraft.

While Israel monitors attacks at its cybersecurity center in the southern city of Beersheba, Netanyahu said there was “no silver bullet.”

“This is a supreme test for our civilization. It’s going to be tested not only by criminal organizations, by terrorists, but by other states. We have to combine forces,” said Netanyahu.

As he spoke, lights flashed and another voice boomed out in the room in a simulation of a hacking attack, saying that the hackers were “based in a country not far from Israel” – an apparent reference to the country’s archfoe Iran.

The voice told attendees that their bank accounts had been frozen and their information was being shared with their enemies.

Israeli cyber exports last year amounted to $3.8 billion, Netanyahu said, adding: “We are punching about 200 times above our weight here.”

The Beersheba center brings together the military, academia and businesses, which is a risk with regard to Israel’s military applications.

“But I’m willing to take on that risk because I think cybersecurity growth through cooperation and cybersecurity as a business is tremendous,” he said.