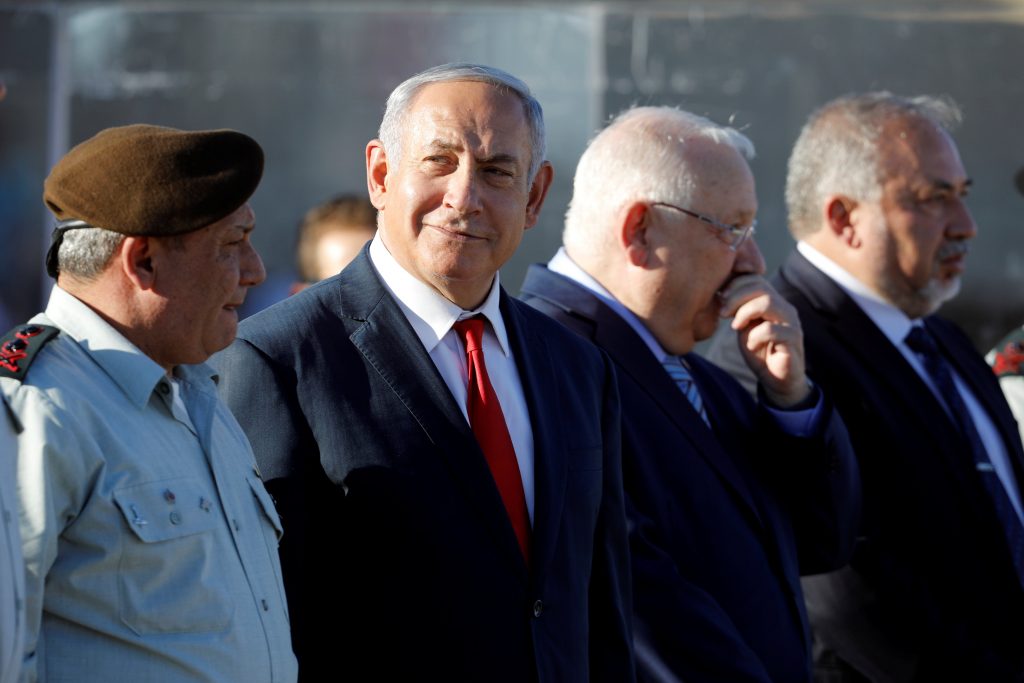 War with Hamas is a last resort, but Israeli civilian and military leaders said on Wednesday they are determined to do whatever is necessary to restore the security of citizens in the Gaza periphery.

Speaking at an IDF officers’ course graduation ceremony at a base near Mitzpe Ramon, Prime Minister Binyamin warned Hamas that Israel’s response to the ongoing arson attacks from the Gaza Strip will “intensify as needed.”

“We are prepared for every scenario, and it’s best that our enemies understand this, and now.”

“The steel fist of the IDF will powerfully strike anyone who attempts to harm us,” he added.

IDF Chief of Staff Gadi Eisenkot told the new officers that the army is working “around the clock” to restore order.

“The events of the past few weeks in the north and the south demonstrate how volatile things are. The IDF works around the clock with a power that is known to our enemies,” he says.

“We will continue to strike those who wish us harm, and will bring back security to the residents of the south, as it is in other parts of the country. I am convinced that we will achieve this quickly, with wisdom and determination,” Eisenkot says.

Meanwhile, Energy Minister Yuval Steinitz said the current volatility could lead to war, for which he said “foreign parties” like the Palestinian Authority and Iran are responsible.

“We can’t know how it ends, when it ends, but it looks like we are on the way to an escalation,” he said, that could “reach the levels of [Operation] Protective Edge number two; and I believe it will be different.”

“I think this time it will be the end of the story for Hamas’s rule over Gaza. We don’t want to go there, but it certainly looks like it’s going to a very bad place,” Steinitz added.

Also on Wednesday, Hamas and Islamic Jihad took responsibility for the overnight barrage of rockets at Israel.

In a joint statement, they said: “We are committed to retaliating after each attack. We will not allow the enemy to dictate a new formula.”