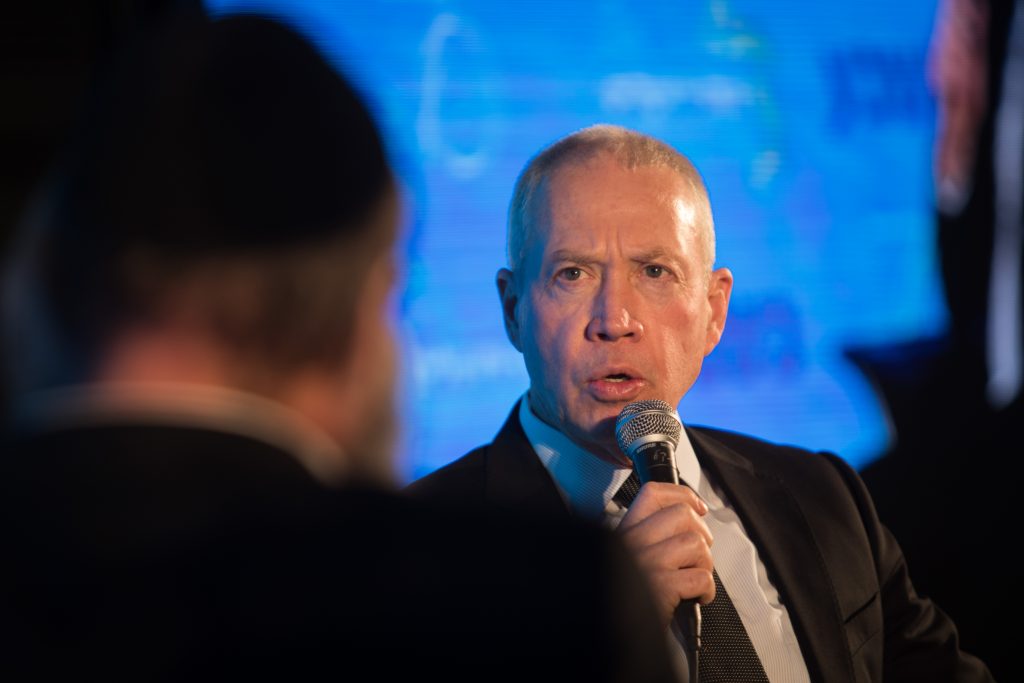 A high-profile disagreement flared up between senior government officials on Wednesday over what should be the proper response to the incendiary kites and balloons from Gaza.

“The time has come for a new policy, one in which we actually shoot the terrorists, and not shoot around them,” Bennett declared on Wednesday afternoon.

“Our restraint is responsible for their escalation of terror. The moment we hold back, we signal that we are prepared to accept what they are doing, that the kites and balloons are unimportant to us — and thus they send more of them. This is how things escalate. Better to use massive force to warn them against this kind of behavior,” he argued.

Galant subsequently berated his fellow minister for an immature response to the problem.

“Inexperience in using force leads to a power trip,” Galant told Ynet. “It would be a serious mistake to fire at an eight-year-old child, especially intentionally.”

As a former general in the IDF, there was a hint of Gallant pulling rank on Bennett, who was only a junior officer. But today, both are ministers and both are members of the security cabinet; and Bennett is politically more powerful as chairman of Jewish Home, while Galant is No. 2 to Kulanu Head Moshe Kahlan.

In any case, Bennett refused the put-down, saying in a later tweet: “The shooting terrorists are not eight years old. That’s false propaganda being spread by our enemies. You should shoot anyone who fires at your family and your people and dispatched incendiary and explosive balloons. It’s so clear, that I can’t believe I have to explain it. Restraint leads to escalation.”

Galant further argued that shooting at kite launchers will be counter-productive. “The Palestinians will send 1,000 eight-year-old children. Only someone who doesn’t understand the picture in Gaza fails to understand how it works. They take an eight-year-old child and give him candy. He can’t think clearly, and you want us to fire a missile from a UAV at him? That’s not only ridiculous, it’s not only cruel, but it’s also foolish,” Galant said.

When asked whether Israel should target those who send and encourage the kite flyers, Galant answered in the affirmative.

“That’s something I’ve suggested more than once,” he said. “I’ve made it clear and I’m make it clear again here to the Hamas people, with whom I have been holding a dialogue of fighting for many years. We understand that there are no spontaneous phenomena in which dozens of hundreds of children and youth launch kites without being guided by someone. If necessary, we will reach that someone and those above that someone and target them; and Hamas won’t escape this matter.

As for the advisability of an IDF ground operation in Gaza, Galant replied: “We don’t want to occupy the Gaza Strip, because we have no interest in being there, so we should try to reach a stable situation in a round that will be as short as possible, and not after a long move that will bring us back to the same situation.