Israel IDF Sources: ‘If Kite Terror Doesn’t Stop, Hamas Will Find Itself Out of Gaza’
Israel 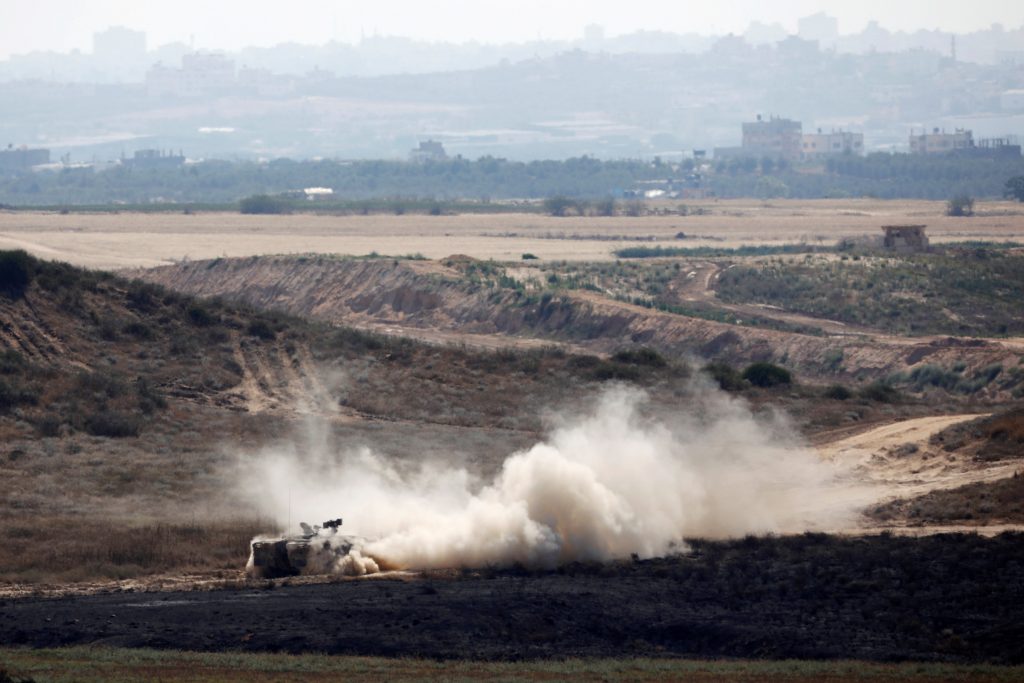 If the IDF is forced to enter Gaza again, the result is likely to be that Hamas will no longer be in control of Gaza when the campaign is over. And the refusal of Hamas to end is campaign of starting fires in Israel via terror kites and balloons has greatly increased the chance that such a campaign will take place, security officials were quoted as telling Yediot Acharonot Wednesday.

The officials spoke after one of the most tense nights in southern Israel in recent months. Gaza Arab terrorists fired 45 rockets at Israeli towns, aiming for the civilian population. The IDF, in response, hit some 25 terror targets. The attack overnight Tuesday needs to be seen in the context of the terror kite and balloon campaign, which Hamas has used so far to burn some 25,000 dunams of forest and farmland in southern Israel. At around midnight, the IDF hit a Hamas staging area from where terror kites and balloons were launched at Israel. About an hour later, Hamas and Islamic Jihad began lobbing missiles at Israel – indicating that the terror groups were prepared to fight in order to protect their kite and balloon terror operation.

The reason for that, the sources said, is that the campaign has been one of Hamas’s few bright spots in recent months. Since the fire terror campaign started at the end of March, Hamas has lost some 160 terrorists to Israeli attacks, many of them among the top operatives. Various Hamas diplomatic efforts have also failed, the sources said. And while the damage to Israel from the kite and balloon terror attacks has been limited, it has been very high-profile – enabling the Gaza terror groups to maintain their popularity among Gaza residents.

Israel has been very patient until now in responding to the fire terror attacks, but the sources said that Hamas is misreading that patience. “The attacks are disturbing the daily lives of Israelis in the south, and are marring the sense of security of Israelis,” the sources said. “That is why the most radical elements in Hamas and Islamic Jihad are desperate to keep the attacks going, and they are prepared to stretch the rope very far, betting that the IDF will not invade Gaza in response.”

But that is not necessarily the case. “They are misunderstanding us,” the sources said. “There is a limit, and we are approaching it. The end result may be that we will be in Gaza, and then they will realize that they made a mistake.” Israel has been sending messages to Hamas to this effect, via Egypt and other channels – but so far the messages do not seem to have had the desired effect.

The IDF is prepared for an invasion of Gaza and believes that it will be able to uproot Hamas rather quickly. “If there are several more nights or days like the one we just passed, Israel will act,” the sources said, adding that if any Israelis are injured in the Hamas attacks – or if residents of the south begin complaining too loudly – the die will be cast, and Hamas will find itself out of business. “We would seriously advise Hamas to take our warnings seriously, and step back from its kite and balloon terror campaign,” the sources added.