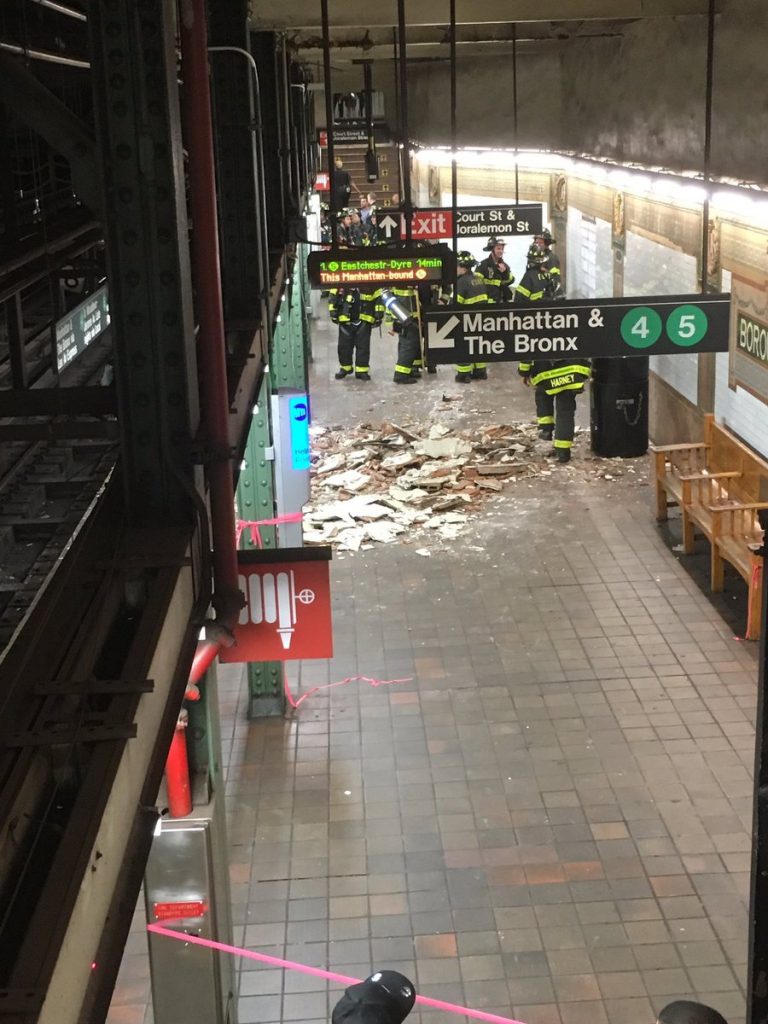 The ceiling at the subway station in Brooklyn’s Borough Hall collapsed Wednesday afternoon, with reports of one person injured.

The station is on Court and Fulton streets. According to the MTA, the depot was the 27th most-used in 2016 out of the city’s nearly 500 stations.

“I heard a loud bang,” said Eric Chan on Twitter. “I turn around, and a part of the ceiling Collapsed. This was on the Manhattan bound 4/5 train platform near the front end. There was a lady standing close to the platform edge and her suitcase got knocked over from the debris, I hope she’s okay.”