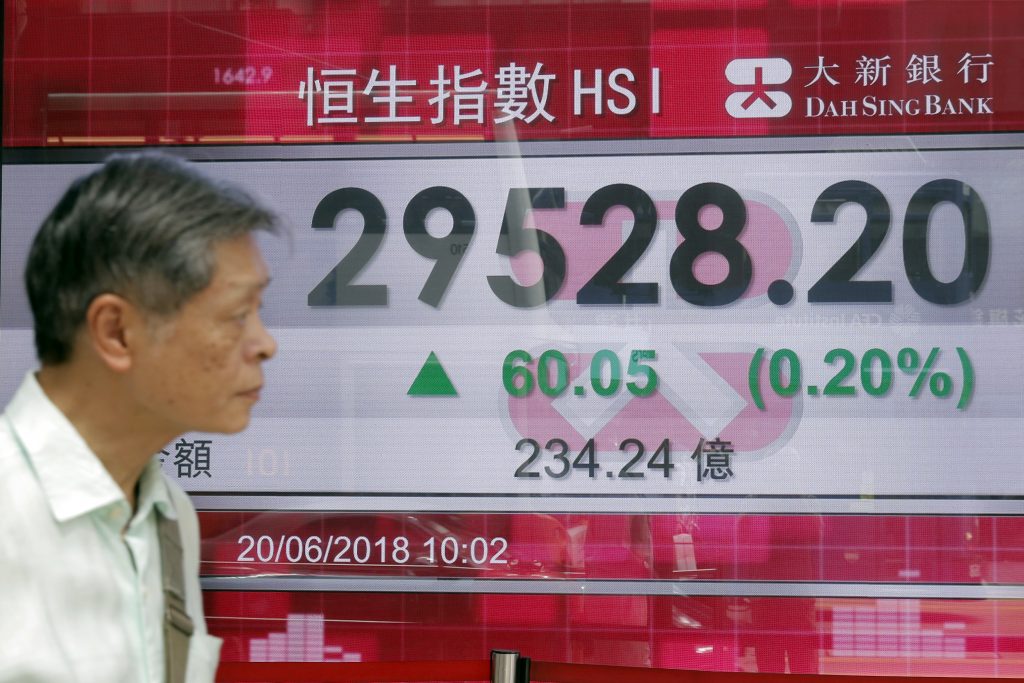 Asian markets were mostly higher on Wednesday as traders sidelined tariffs that the U.S. and China have threatened to impose on one another, focusing on positive housing data instead.

A burgeoning trade war between the U.S. and China is showing no signs of abating. On Tuesday, China’s government called President Donald Trump’s threat of new tariffs on $200 billion of Chinese goods “blackmail” and warned that it would retaliate with measures of its own. Trump has already announced a 25 percent tariff on up to $50 billion of Chinese products starting July 6. China retaliated by raising import duties on $34 billion worth of American goods, including soybeans, electric cars and whiskey.

The solid U.S. job market has helped to boost demand for new homes. The Commerce Department said housing starts rose to a seasonally adjusted annual rate of 1.35 million in May, the strongest pace since July 2007. All of May’s construction gains came from a 62 percent jump in the Midwest, while building slumped in the Northeast, South and West.

“Trade tension is going to dominate market sentiment in the weeks to come. The market is waiting for Beijing to come out with counter measurements to offload more chips,” said Margaret Yang, market analyst at CMC Markets Singapore.

Oil futures recovered losses from the previous day ahead of an OPEC meeting on Friday. Saudi Arabia and Russia are seeking to raise production by 1.5 million barrels per day, but they may not get their way. Benchmark U.S. crude rose 38 cents to $65.28 a barrel in electronic trading on the New York Mercantile Exchange. The contract settled at $64.90 per barrel on Tuesday. Brent crude, used to price international oils, gained 32 cents to $75.40 in London.