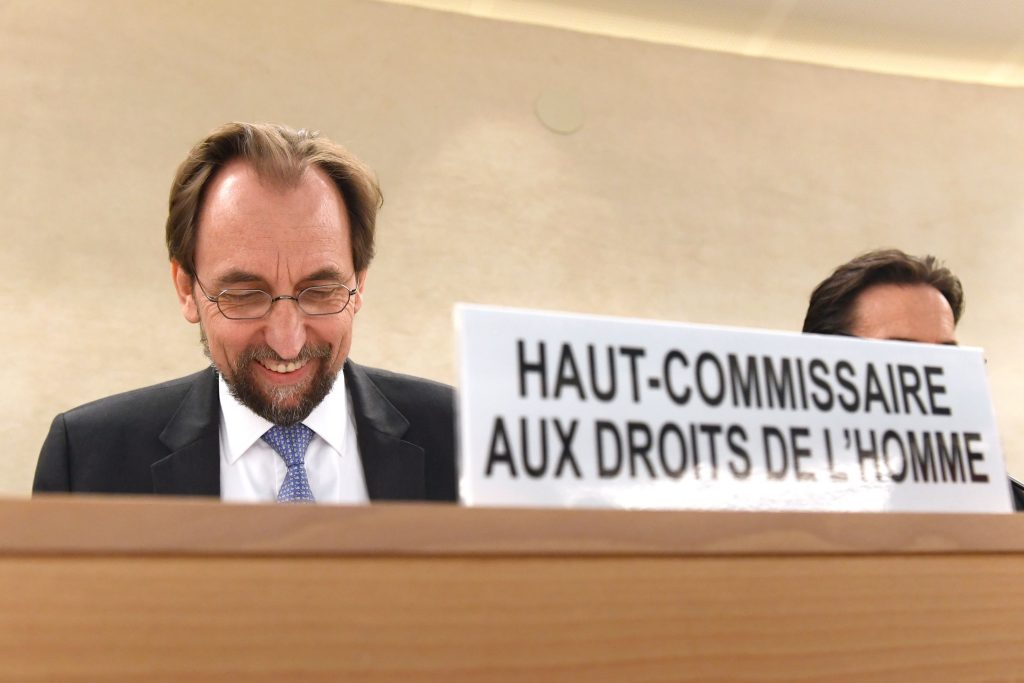 The United States withdrew from the United Nations Human Rights Council on Tuesday, accusing it of a “chronic bias against Israel,” a move that activists warned would make advancing human rights globally even more difficult.

Nikki Haley, U.S. Ambassador to the U.N., standing beside Secretary of State Mike Pompeo, slammed Russia, China, Cuba and Egypt for thwarting U.S. efforts to reform the council. She also criticized countries that shared U.S. values and encouraged Washington to remain but “were unwilling to seriously challenge the status quo.”

The United States is halfway through a three-year term on the main U.N. rights body and the Trump administration had long threatened to quit if the 47-member Geneva-based body was not overhauled.

“Look at the council membership, and you see an appalling disrespect for the most basic rights,” said Haley, citing Venezuela, China, Cuba and Democratic Republic of Congo.

Haley also said that the “disproportionate focus and unending hostility toward Israel is clear proof that the council is motivated by political bias, not by human rights.”

Washington’s withdrawal is the latest U.S. rejection of multilateral engagement after it pulled out of the Paris climate agreement and the 2015 Iran nuclear deal.

Rights groups have criticized the Trump administration for not making human rights a priority in its foreign policy. Critics say this sends a message that the administration turns a blind eye to human-rights abuses in some parts of the world.

Diplomats have said the U.S. withdrawal from the body could bolster countries such as Cuba, Russia, Egypt and Pakistan, which resist what they see as U.N. interference in sovereign issues.

Among reforms the United States had been seeking was to make it easier to kick out member states with egregious rights records.

Haley said the U.S. withdrawal from the council “is not a retreat from our human-rights commitments.”

Twelve rights and aids groups, including Human Rights First, Save the Children and CARE, wrote Pompeo to warn that the withdrawal would “make it more difficult to advance human rights priorities and aid victims of abuse around the world.”

“The U.S.’s absence will only compound the council’s weaknesses,” they wrote.

Jewish rights group the Simon Wiesenthal Center applauded the U.S. withdrawal and urged other countries to do the same.

Reuters reported last week that talks on reforming the council had failed to meet Washington’s demands, suggesting that the Trump administration would quit.

The council meets three times a year to examine human-rights violations worldwide. It has mandated that independent investigators look at situations including Syria, North Korea, Myanmar and South Sudan. Its resolutions are not legally binding but carry moral authority.

Speaking before the U.S. announcement, U.N. spokesman Stephane Dujarric said Secretary-General Antonio Guterres “is a strong believer in the human rights architecture of the U.N. and the active participation of all states.”

When the Council was created in 2006, U.S. President George W. Bush’s administration shunned the body.

Under President Barack Obama, the United States was elected for a maximum two consecutive terms on the council by the U.N. General Assembly. After a year off, Washington was re-elected in 2016 for its current third term.

In March 2011, the U.N. General Assembly unanimously suspended Libya’s membership in the council because of violence against protesters by forces loyal to Libyan leader Muammar Gaddafi. But U.N. officials said no member has withdrawn.

Haley said a year ago that Washington was reviewing its membership and called for reform and elimination of a “chronic anti-Israel bias.” The body has a permanent standing agenda item on suspected violations committed by Israel in the Palestinian territories that Washington wanted removed.

The council last month voted to probe killings in Gaza and accused Israel of using excessive force. The United States and Australia cast the only “no” votes.

“The U.N. Human Rights Council has played an important role in such countries as North Korea, Syria, Myanmar and South Sudan, but all Trump seems to care about is defending Israel,” said Human Rights Watch executive director Ken Roth.

Israeli Prime Minister Binyamin Netanyahu tweeted thanks to Trump, Pompeo and Haley on Tuesday afternoon, for what he called their “courageous decision against the hypocrisy and the lies of the so-called UN Human Rights Council.”

“For years, the UNHRC has proven to be a biased, hostile, anti-Israel organization that has betrayed its mission of protecting human rights,” said Netanyahu. “Instead of dealing with regimes that systematically violate human rights, the UNHRC obsessively focuses on Israel, the one genuine democracy in the Middle East. The US decision to leave this prejudiced body is an unequivocal statement that enough is enough.”