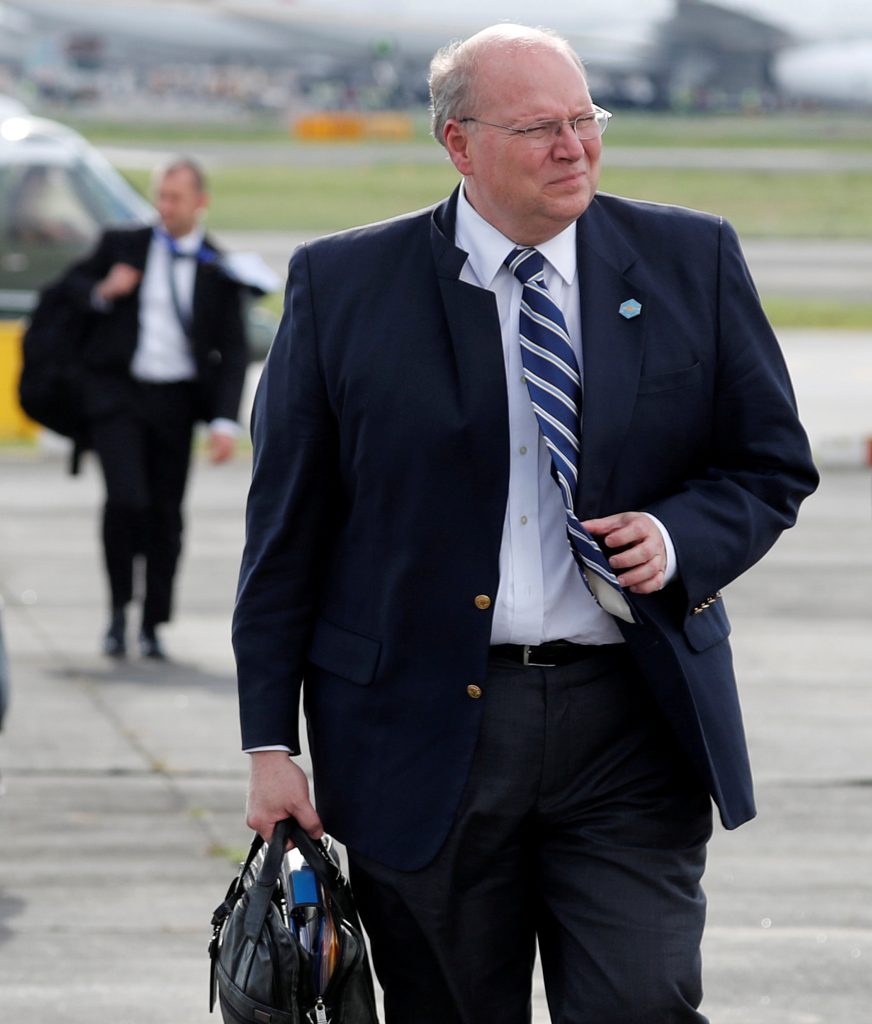 The White House aide who planned President Donald Trump’s summit with North Korea in Singapore and served as a behind-the-scenes operations guru during the turbulent beginning of the administration is leaving his post, a White House spokeswoman said Tuesday.

Joseph Whitehouse Hagin, the deputy chief of staff for operations for Trump, will leave next month. He orchestrated the administration’s foreign trips, handled operational issues such as security clearances and served as a top ally to Chief of Staff John Kelly – though he was distrusted by some Trump loyalists because of his ties to past Republican presidents.

“Joe Hagin has been a huge asset to my administration,” Trump said in a statement. “He planned and executed the longest and one of the most historic foreign trips ever made by a President, and he did it all perfectly. We will miss him in the office and even more on the road. I am thankful for his remarkable service to our great country.”

The Washington Post reported two weeks ago that Hagin was eyeing the exits after the Singapore summit and wanted to become deputy director of the CIA.

But a White House official said Tuesday that Hagin would be retiring from the federal government and returning to the private sector. The official said Hagin initially planned to stay for one year but had been convinced to stay nearly six months longer.

Hagin was seen as a steadying hand in a chaotic administration, having worked for presidents Ronald Reagan, George H.W. Bush and George W. Bush. Many of Trump’s key aides had never worked in government and frequently relied on Hagin for operational questions and for planning trips, current and former officials said.

But Hagin was a key ally to Kelly, who has grown increasingly isolated in the West Wing.

“Joe Hagin’s selfless devotion to this nation and the institution of the Presidency is unsurpassed. I am lucky to have served alongside this great American, and I am even luckier to call him my friend,” Kelly said Tuesday.