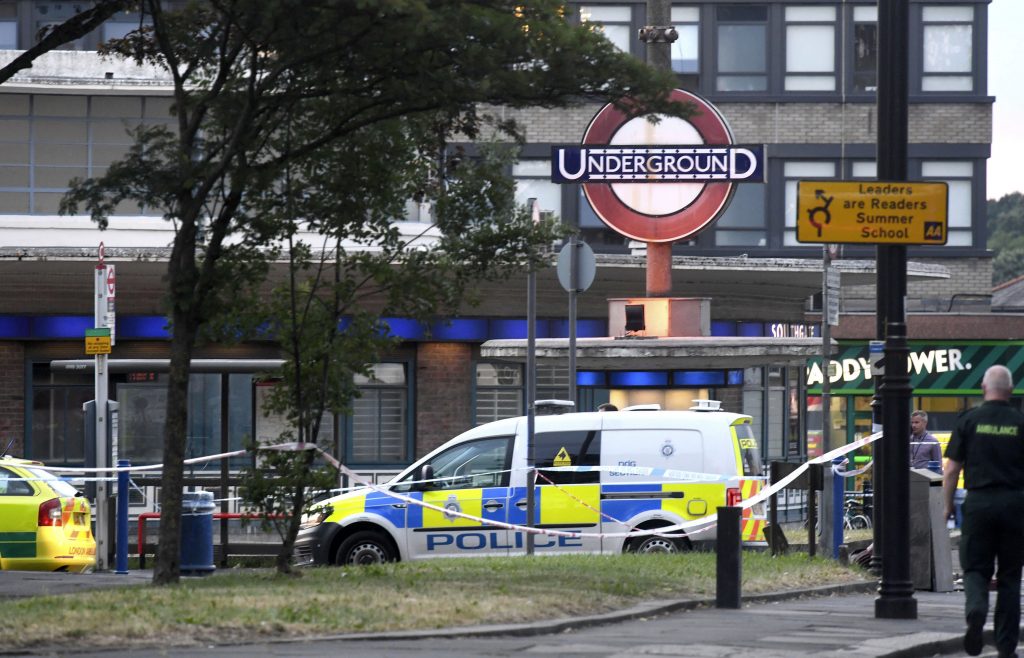 A small explosion at a London Underground station on Tuesday evening left three people with minor injuries while two others were hospitalized. Officials said the incident did not seem to be related to terrorism.

Police said they were not aware of any serious injuries in what the force called a “minor explosion” at Southgate tube station in northwest London.

British Transport Police tweeted: “We do not believe this to be terror related.”

London Ambulance Service said three people were treated at the scene for minor injuries and two people were taken to the hospital.

The service said it received an emergency call at 7:02 p.m. and responded with a number of ambulance crews and a hazardous area response team.

When the incident began, police said the Southgate Tube station was closed while police investigated a suspicious package. Police cordons were put in place and the public was asked to keep away.

The Metropolitan Police said officers remained on the scene and were investigating. No cause has yet been established.