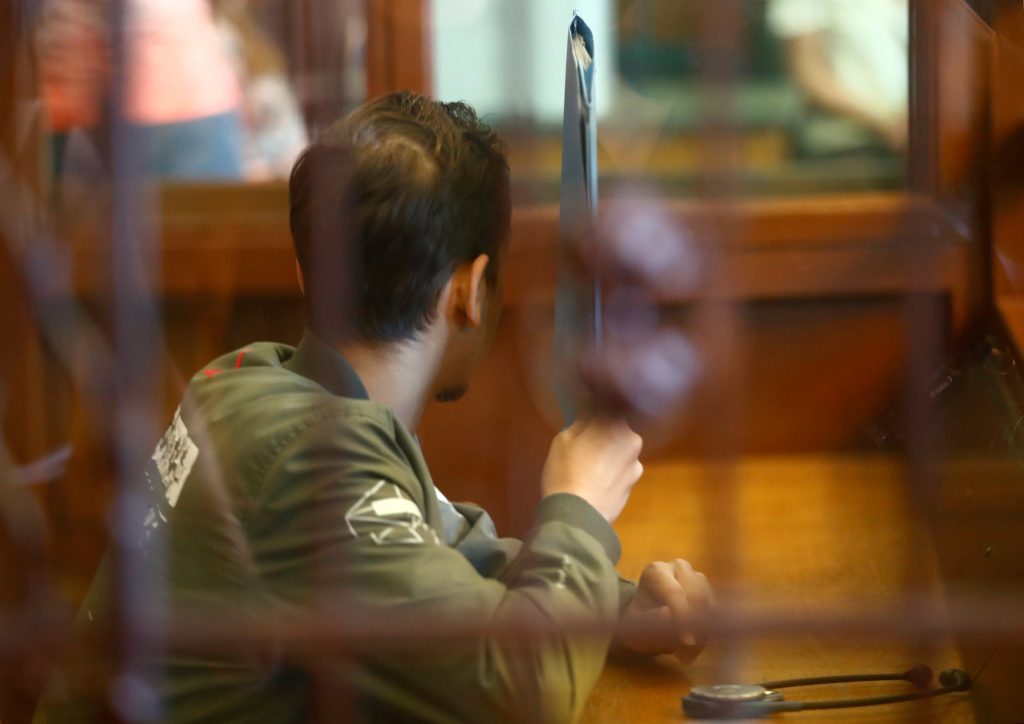 A 19-year-old from Syria confessed to assaulting a man wearing a skullcap in the German capital as his trial opened Tuesday in a case that gave rise to concerns about rising anti-Semitism and prompted demonstrations in the streets.

The April attack was caught on video by the 21-year-old victim, an Arab Israeli who said he wore the kippah in a show of solidarity with his Jewish friends. The video, which went viral, showed a young man whipping him violently with a belt while shouting “Yahudi!” — “Jew” in Arabic.

The daytime assault was one in a string of anti-Semitic incidents, and prompted Germans of various faiths to take to the streets of Berlin wearing skullcaps in an expression of solidarity with Jewish residents and to condemn the attacks.

Chancellor Angela Merkel weighed in, pledging that the government would respond “with full force and resolve” against anti-Semitism in Germany.

As his trial on charges of bodily harm and slander opened, the defendant, Knaan Al S., who is being tried as a juvenile, admitted whipping the victim with a belt. Pleas are not entered in the German trial system and confessions are common as they tend to mitigate possible sentences.

The defendant testified that he hadn’t seen the skullcap until after the assault, telling the court that the victim and his companion, a German-Moroccan also wearing a skullcap, had provoked the attack by insulting him, the dpa news agency reported.

The defendant said, however, that he regretted the assault and apologized to the victim, who was struck 10 times with the belt and injured in the face, stomach and legs.

Testifying in German and Arabic through a translator, the defendant, who came to Germany in 2015 as an asylum seeker, told the court he had taken an illegal substance before the incident and his “head was tired.”

“I’m very sorry, it was a mistake,” the defendant told the court, insisting he was not anti-Semitic. “I didn’t want to hit him, I just wanted to scare him.”

The defendant turned himself in two days after the assault and has been in custody since.

The trial was to resume next Monday with a possible verdict.