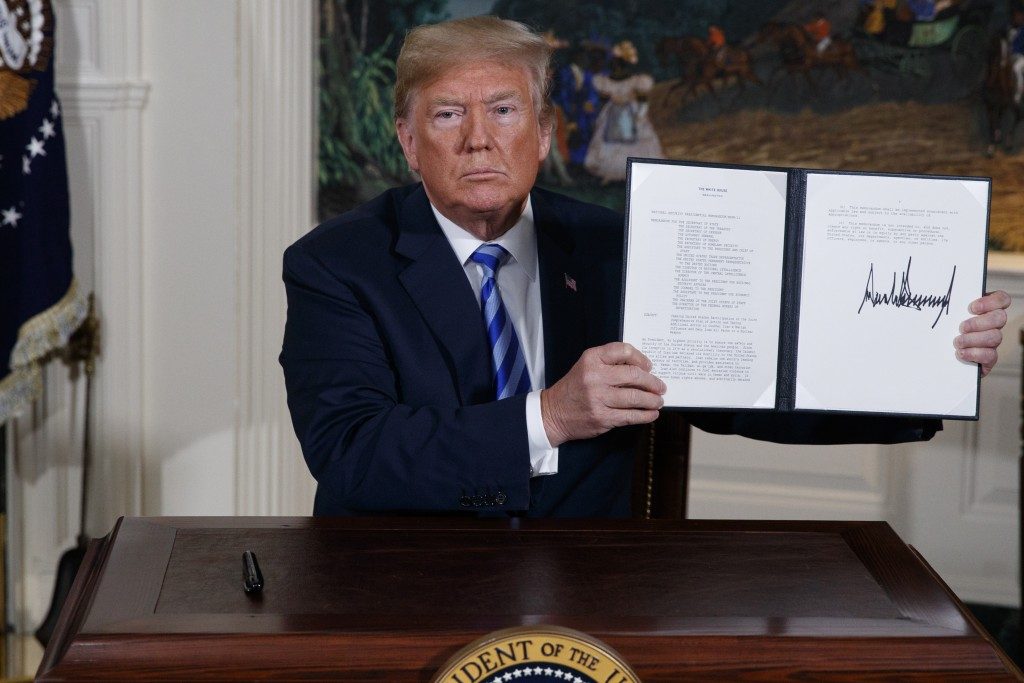 There are two types of deterrence. One is military. The other is psychological.

Hezbollah isn’t making use of its vast arsenal of accurate, powerful missiles because it knows that Israel will respond with massive bombing that will turn Beirut skyscrapers into rubble and set back the Lebanese economy by decades. This is what happened in 2006 during the Second Lebanon War, and Hezbollah doesn’t want to be held responsible for renewed devastation because it will cost it dearly in the next parliamentary elections.

Hamas, with all the problems it’s making for Israel with incendiary kites and mass protest marches, has, b’chasdei Hashem, refrained from using its arsenal of missiles and rockets for four years, since Operation Protective Edge. That’s because it knows that Israel will carpet-bomb its major cities, leaving thousands homeless — on top of the thousands who are still homeless from the last military operation. While Hamas doesn’t have to worry about elections, it can’t ignore the extreme discontent of its people, who live with high unemployment, rationed water and electricity and a dearth of basic supplies.

But there’s another way to “discourage an action or event through instilling doubt or fear of the consequences,” as deterrence is defined above. It is by convincing the other side that you are not afraid to say what you believe in, or to do the right thing; that you won’t be intimidated by threats of violence. And that you’re not afraid to act, with force if necessary, to ensure that your opponent honors his commitments.

It’s this second kind of deterrence that convinced North Korea’s Kim Jong Un to sign on the dotted line last week committing to a “lasting and stable peace regime” and denuclearization. He understood that U.S. President Donald Trump was a man of his word, a rarity among politicians, and if he said he was going to do whatever it takes to rid North Korea of its nuclear weapons, he meant it.

Deterrence not only got Kim to sign an agreement, but, hopefully, will get him to fulfill it. He understands that President Trump, unlike then-President Bill Clinton who signed the “Agreed Framework” with North Korea in 1994, is not going to look the other way if violations occur.

The same is true vis-a-vis Iran. When Barack Obama decided to turn the world’s leading sponsor of terrorism and the world’s leading exporter of fundamentalism into America’s ally in the Middle East, he eroded any semblance of deterrence that the United States had over Iran. It was also a betrayal of all of America’s allies in the Middle East, including Saudi Arabia and Egypt, and set the stage for a nuclear agreement that put Israel and the rest of the world in existential danger.

When President Trump came to power, he restored deterrence by showing that he wasn’t afraid to do the right thing, and that he wouldn’t be cowed by Iranian threats. He recognized Yerushalayim as the capital of Israel despite apocalyptic warnings that the Arab world would unleash unprecedented violence should he do so. He moved the U.S. embassy to Yerushalayim. He canceled the disastrous nuclear agreement Obama signed with Iran, all against the advice of the “experts” at the State Department, who were convinced that this would encourage a fierce Iranian response.

Turns out the opposite was true: That in showing he wasn’t afraid to act on principle, he was putting the Iranians on notice that the balance of power had shifted and that now it was their turn to be worried. That there is a president who will cancel agreements that aren’t good for the United States and its allies, and will impose sanctions that will bring Tehran to its knees. That there is a president who speaks of using American military might to protect American interests, and who may very well use it.

While the Iranians never believed Obama would take firm action against them — and for good reason, despite his threats that “all options are on the table” — with President Trump they have good reason to worry.

Facing certain economic ruin — even now before the sanctions have taken effect, huge companies are pulling out of deals for fear of being punished by the United States — and possible military action, the likes of Kim and Ayatollah Khameini are the ones to lose sleep at night.

President Trump has proven the experts at the State Department wrong. He’s proven the media, which doesn’t want to give him credit for his achievements last week, wrong. And he’s proven that a straight-thinking businessman from New York, who believes that he owes it to his voters to keep his campaign promises and who knows that any good deal must be enforceable and benefit both sides, can advance the interests of the United States, its allies and world peace.