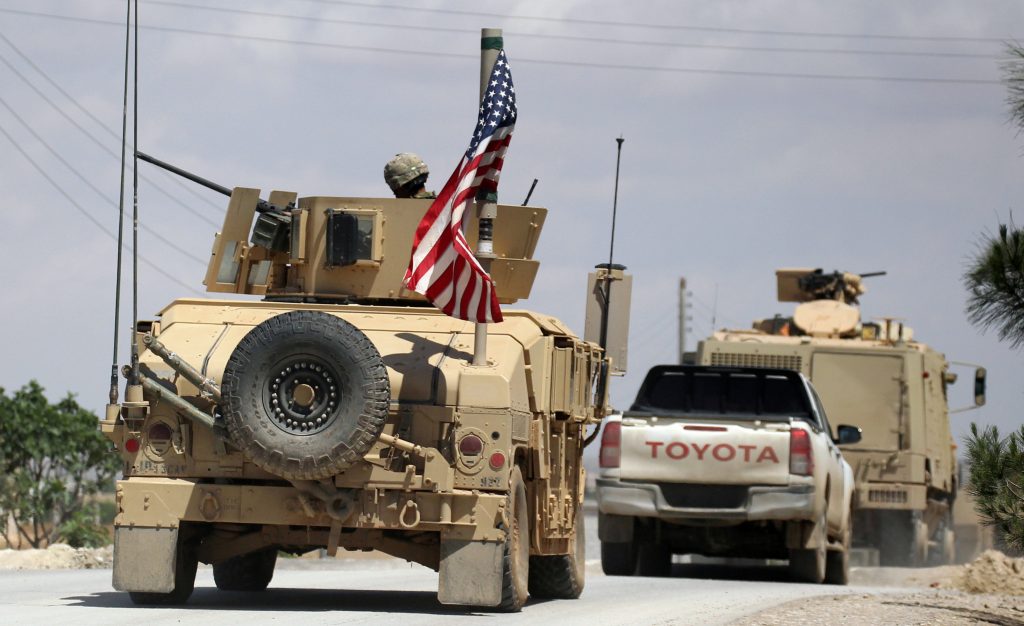 Syrian state media reported Monday that an airstrike against pro-government forces in the far east of the country caused casualties, while Iraqi officials said 20 Shiite paramilitaries were killed just across the border.

The Syrian state media report said the airstrike occurred around midnight in the village of al-Hari, to the southeast of the border town of Boukamal, and was carried out by the U.S.-led coalition battling the Islamic State terror group. But a coalition spokesman said it had not carried out any strikes in the area.

The report, quoting an unnamed military official, gave no breakdown of the casualties other than saying there “were several martyrs and others were wounded.”

In Baghdad, Iraqi officials said Popular Mobilization Forces — the mostly Shiite state-sanctioned paramilitaries — came under attack south of the town of Qaim, just across the border from Boukamal. They said 20 fighters were killed and dozens were wounded, adding that the cause of the attack was not immediately clear. The Iraqi officials spoke on condition of anonymity because they were not authorized to speak to the media.

“We are aware of the strike near Boukamal, however there have been no strikes by U.S. or coalition forces in that area,” he said. “We’re looking into who that could possibly be but it wasn’t the U.S. or the coalition.”

Syrian and Iraqi forces have driven IS from virtually all the territory it once held in both countries, but the terrorists still control some remote areas along the border.

Syrian troops and allied militias, backed by Russian airstrikes, have been conducting operations west of the Euphrates River, while the U.S.-backed Syrian Democratic Forces, a Kurdish-led militia, is operating on the eastern banks. The U.S.-led coalition has struck pro-government forces in the past when they have tried to cross the river. The overnight attacks took place on the western side.