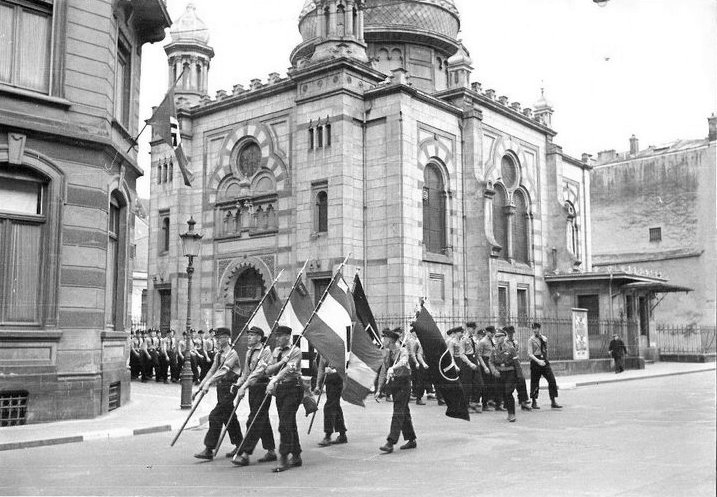 A monument to Holocaust victims in Luxembourg was officially inaugurated on Sunday in the presence of the country’s Grand Duke and Prime Minister.

The monument, made by French-Israeli Holocaust survivor Shlomo Selinger, occupies the site of Luxembourg’s first synagogue.

At the same time, a plaque commemorating the 75th anniversary of the departure of the final train deporting the Jews of Luxembourg by the Nazis in June 1943 was installed at the railway station in Luxembourg City.

Claude Marx, former president of the Jewish Consistory of Luxembourg, explains in an interview with the Luxemburger Wort that “The monument […] at the place of the first synagogue – that no longer exists – is highly symbolic and especially as the street sees the passage of many people daily.”

Other speakers at the opening ceremony included Prime Minister Xavier Bettel, as well as Mayor of Luxembourg Lydie Polfer, President of the Jewish Consistory Albert Aflalo, and President of the World War Two Committee, Laurent Moyse.

Before the war, Luxembourg had a population of about 3,500 Jews. The Nuremberg Laws, which had applied in Germany since 1935, were enforced in Luxembourg from September 1940, and Jews were encouraged to leave the country for Vichy France. Emigration was forbidden in October 1941, but not before nearly 2,500 had fled. Many of those who left were later deported and killed, Hy”d.

From October 1941, Nazi authorities began to deport the around 800 remaining Jews from Luxembourg to Lodz Ghetto and the concentration camps at Theresienstadt and Auschwitz. Luxembourg was declared Judenfrei – except for those in hiding – on 19 October 1941.