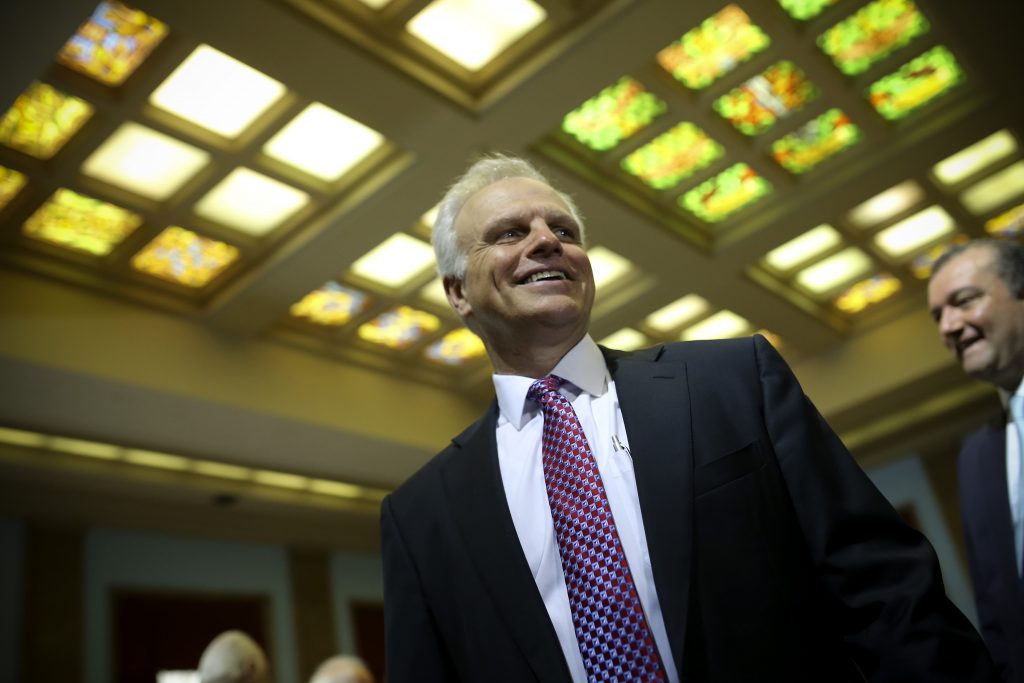 After a decade of industry consolidation, David Neeleman, one of aviation’s famed entrepreneurs, sees room for a new low-cost U.S. airline focused on reducing travel hassles by using smaller airports, according to two industry reports.

The Neeleman-led investor group is also soliciting proposals from Chinese lessors to finance 18 of the aircraft for delivery between 2020 and 2022, London-based Airfinance Journal first reported on June 11, citing multiple unnamed sources familiar with the new venture.

Neeleman declined to comment, Airline Weekly said. He didn’t return an email from Bloomberg News Monday seeking comment. Trey Urbahn, a close business associate who has worked in management for some of Neeleman’s airline projects, didn’t return a call and email Monday.

Moxy is designed to maximize the economic advantages of the C Series jets, along with the use of smaller, secondary airports such as Providence, Rhode Island; Fort Worth, Texas; and Burbank, California, Airline Weekly said. The advanced jetliner reduces fuel consumption due to its modern engines and extensive use of lightweight carbon fiber.

Neeleman is a long-time supporter of aircraft manufactured by Airbus, which has taken a controlling stake in the C Series in partnership with Bombardier. The companies plan to close their deal July 1.

Moxy has told investors it will sell only point-to-point flights to keep down costs, according to a presentation cited by Airline Weekly. But the airline isn’t seeking to mimic ultra low-cost carriers like Allegiant Travel Co. or Spirit Airlines Inc. Instead, Moxy would probably be more in line with Neeleman’s past ventures at Azul and JetBlue, where spacious seats and free Wi-Fi combine with some fees for extra services, such as snacks or seat assignments, Airline Weekly reported.

In a presentation seen by Airline Weekly, the venture contended that the U.S. economy expanded 34 percent in the decade ending 2017, while the number of domestic airline seats was flat. Many smaller markets also lost a significant amount of air service during that period. Moxy also argued that the largest U.S. carriers are funneling most traffic through their large hubs, increasing overall travel times.

With 60 CS300 orders, Moxy would become the second-largest C Series customer, after Delta Air Lines Inc., which is acquiring 75 of the smaller CS100 model. Delta plans to begin service with the plane next year.