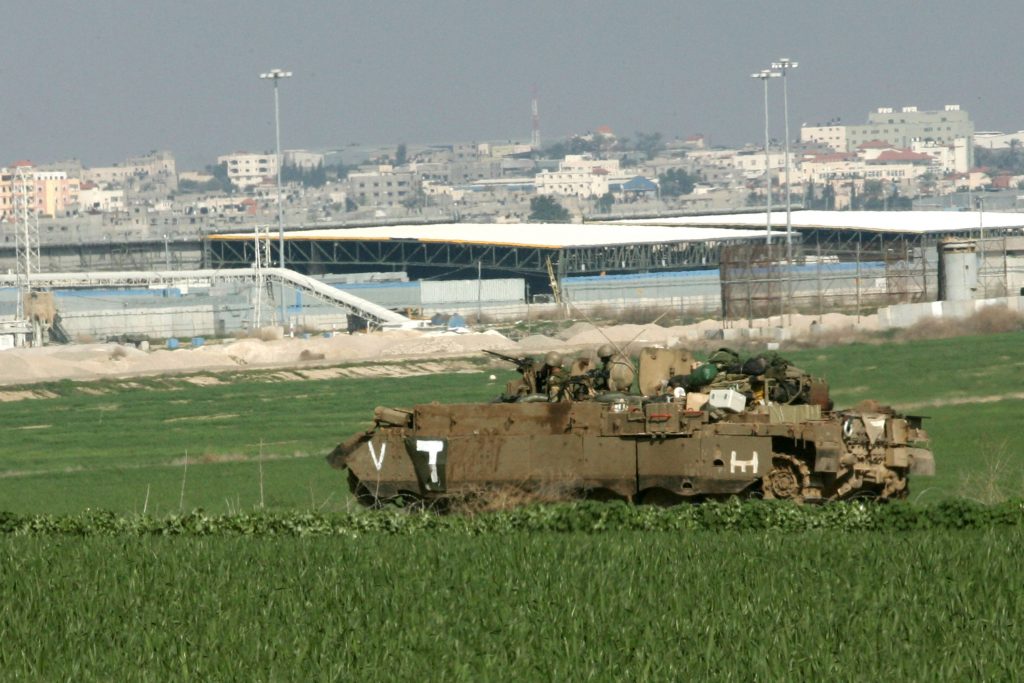 Loud explosions were reported in the area of the Karni Crossing at the Gaza border fence Monday afternoon. Reports said that Israeli forces had located and targeted a group of Gaza Arab terrorists who came to the fence with the intention of vandalizing it. IDF soldiers opened fire on the terrorists, injuring several of them. The degrees of their injuries were not clear. Gaza sources said that at least one of the terrorists was killed, and several others were badly injured in the incident. There were no injuries to IDF forces, baruch Hashem.

The reports attributed the explosions to the preliminary setting off of bombs that the terrorists planned to set along the border fence, which they intended to set off when Israeli soldiers on patrol passed by.

Gaza terrorists have often attempted to plant such bombs along the border fence. The IDF has accused Hamas of using the riots it organizes at the border fence for specifically carrying out this kind of terror activity.

Speaking Monday, Defense Minister Avigdor Liberman said that the fact that Israel has not come down heavily on the terrorists who fly terror balloons and kites at Israeli farms and fields did not mean that it would remain reticent to do so in the future.

“If anyone thinks that we can continue with the current situation of terror kites and balloons causing fires every day, they are wrong. I won’t elaborate on what that means,” Liberman said on a visit to Israel Military Industries.

The IDF said in a statement Monday that “in recent days the IDF has warned terrorists and carried out attacks against groups responsible for the destruction of Israeli crops and forests, and we have carried out attacks against facilities for staging these attacks. The fires caused by the terror balloons and kites endanger residents of southern Israel and have damaged a great deal of land. The IDF has the intelligence and capabilities to strengthen its attacks, and will do so as required. The IDF is determined to act against these acts of terror until they stop.”