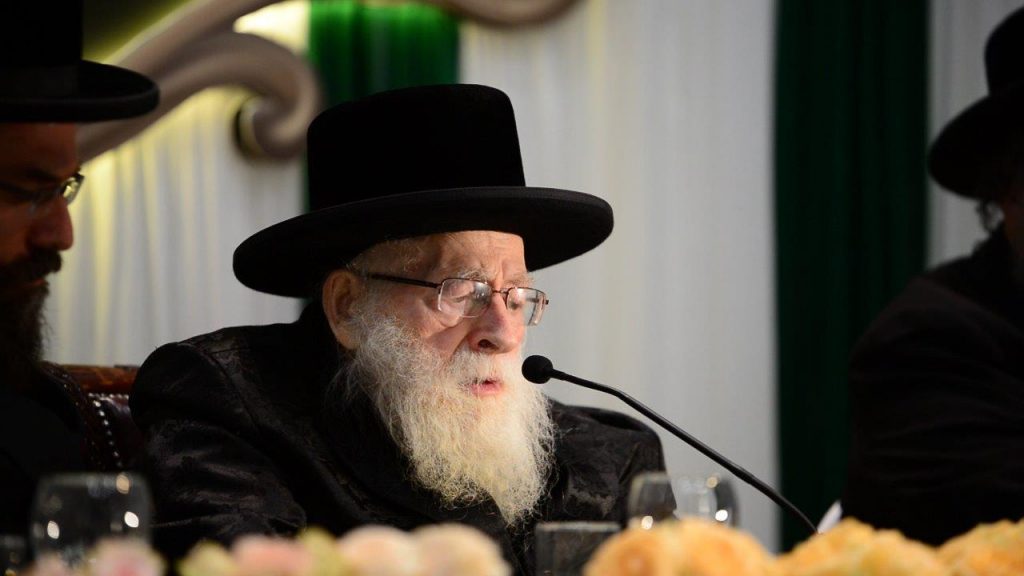 Hagaon Harav Avraham Zvi Beck, zt”l, Rav of Melbourne’s Adass Yisrael community, was niftar on Monday, at the age of 85.

The Rav announced last month that due to his health situation he would be moving to Eretz Yisrael. He made the move less than two weeks ago, moving to Beit Shemesh, where his daughter lives.

The venerated Rav Beck has served as Rav of Adass for three decades.

Harav Beck was born in Nir-Bagad, Hungary, in 5692/1932. His father was a noted member of the community.

As a child, the Belzer Rebbe, Harav Aharon, zy”a, visited Budapest and saw young Avraham Hersh – as he was fondly called – and his brother at a tisch. He pointed them out as an example of Yiddishe boys wearing their peyos out.

After the war, during which the Rav lost many members of his family, he and other orphaned bachurim joined the famed yeshivah in Rome, Italy – Yeshivas Maor Hagolah. He learned there until 5708/1948.

He then moved on to Eretz Yisrael where he cleaved to the Vizhnitzer Rebbe, the Imrei Chaim, zy”a. He was one of his closest talmidim and would often relate sippurim and anecdotes he heard and saw from his Rebbe.

In 5724/1964, Rav Beck was appointed Rav of Khal Adass Yereim in Montivedio in South America. Although the community dwindled out, with many leaving to New York, he only agreed to leave after there was no minyan left in the community.

In 5748/1988, Rav Beck was asked to take the position of Rav in Melbourne’s Adass Yisrael community. He served in this capacity for 30 years, leading and expanding the kehillah, overseeing the mosdos haTorah and chessed, as well as the kashrus. He was looked up to by all in Melbourne’s many communities. Rav Beck was noted for his drashos and divrei Torah, many of which have been collated and published under the name Vayetzev Avraham.

The levayah will be held Monday night from the Vizhnitzer beis medrash in Beit Shemesh.

The Rav is survived by many children, grandchildren and great-grandchildren, as well as hundreds in the Melbourne community who are still in shock over the Rav’s abrupt departure and petirah.