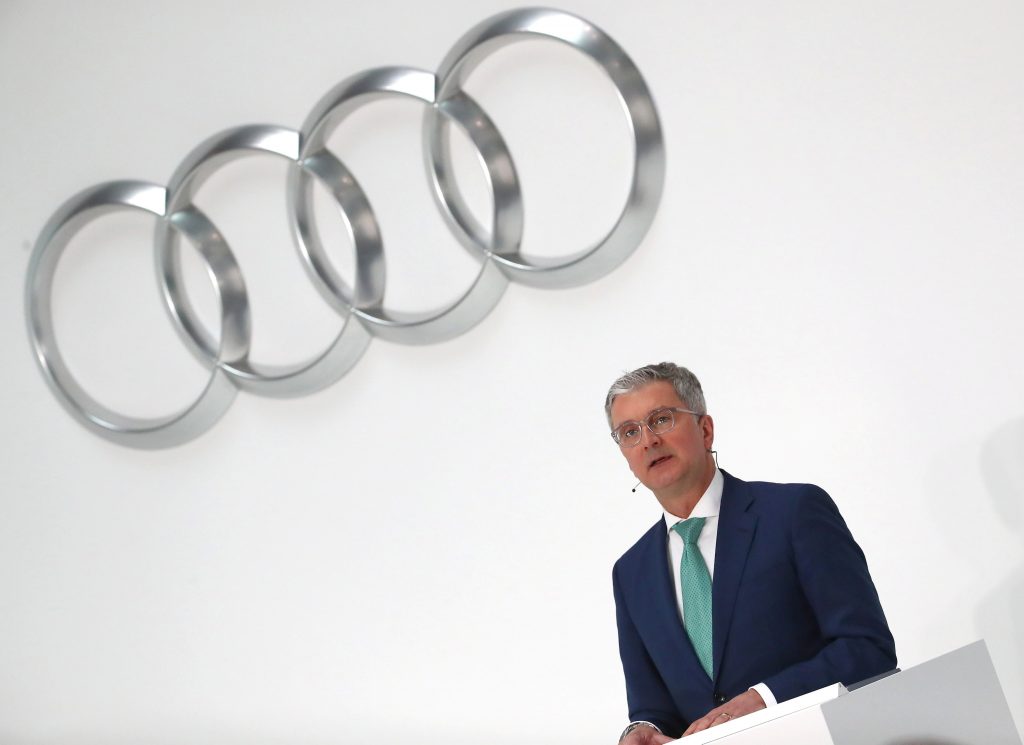 The head of Volkswagen’s luxury arm, Audi, was arrested on Monday, the most senior company official so far to be taken into custody over the German carmaker’s emissions-test cheating scandal.

Munich prosecutors said Rupert Stadler was being detained due to fears he might hinder an ongoing investigation into the scandal, plunging Volkswagen (VW) into a leadership crisis.

News of the arrest comes as VW’s new group CEO Herbert Diess is trying to introduce a new leadership structure, which includes Stadler, and speed up the group’s shift to electric vehicles in the wake of its emissions scandal.

A judge in Germany has ordered that Stadler be remanded in custody, it said, to prevent him from obstructing or hindering the diesel investigation.

Audi and VW confirmed the arrest and reiterated there was still a presumption of innocence for Stadler. Stadler himself was not immediately available for comment.

A spokesman for Porsche SE, the company that controls VW and Audi, said Stadler’s arrest would be discussed at a supervisory board meeting on Monday.

VW admitted in September 2015 to using illegal software to cheat U.S. emissions tests on diesel engines, sparking the biggest crisis in the company’s history and leading to a regulatory crackdown across the auto industry.

The United States filed criminal charges against former VW CEO Martin Winterkorn in May, but he is unlikely to face U.S. authorities because Germany does not extradite its nationals to countries outside the European Union.

The Munich prosecutors said Stadler’s arrest was not made at the behest of U.S. authorities. The executive was arrested at his home in Ingolstadt, in the early hours on Monday, they said.