Business Asian Markets Down as Trade War Heats Up
Business 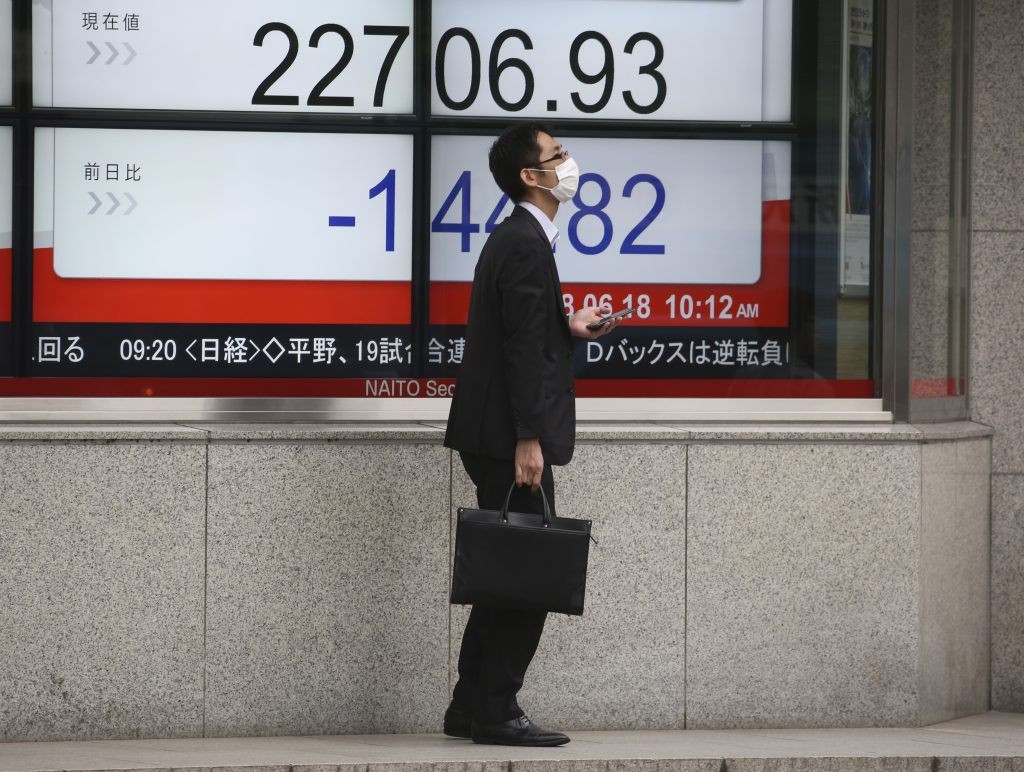 Asian shares were mostly lower Monday amid worries about trade tensions as the U.S. and China both started putting tariffs in motion. Markets in China and Hong Kong were closed for a national holiday.

The tariffs slapped on one another by the world’s two biggest economies are set to take effect from July 6. President Donald Trump has announced a 25-percent tariff on up to $50 billion in Chinese imports. China is retaliating by raising import duties on $34-billion worth of American goods, including soybeans, electric cars and whiskey.

Oil futures extended their losses after reports that OPEC countries planned to increase production of oil by as much as 1.5 million barrels a day. Benchmark U.S. crude fell $1.14 to $63.92 a barrel in electronic trading on the New York Mercantile Exchange. The contract lost $1.83 to settle at $65.06 per barrel on Friday. Brent crude, used to price international oils, slipped 52 cents to $72.92 in London.