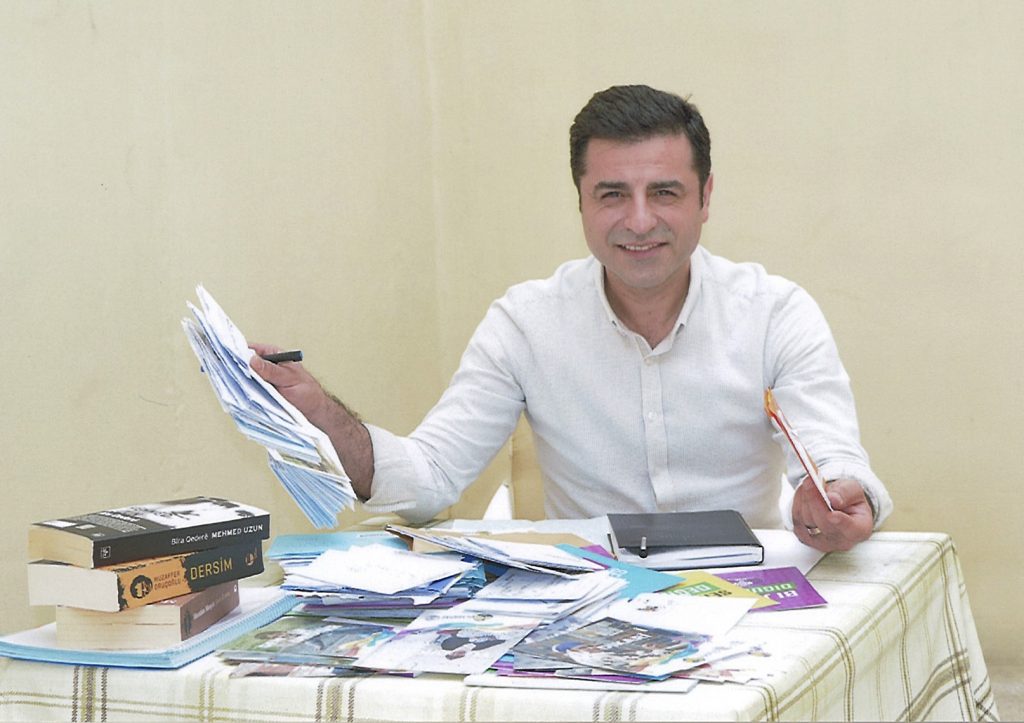 Selahattin Demirtas asked voters in the June 24 elections to prevent the “one-man regime” of President Recep Tayyip Erdogan. He called Turkey’s current climate a “teaser” and warned that “the actual scary part of the movie has not yet begun.”

Broadcaster TRT recorded the 10-minute speech at a prison in western Turkey where Demirtas is being held on charges of alleged terrorism. He can run for office because he hasn’t been convicted of any crime.

The 45-year-old candidate for the pro-Kurdish Peoples’ Democratic Party, or HDP, says he was detained “illegally” 20 months ago because the government fears him.

The government has clamped down on the HDP, alleging it has links to outlawed Kurdish rebels, which Turkey deems terrorists. The HDP denies involvement in any illegal activities and says the crackdown is really meant to suppress opposition. Nine lawmakers and nearly 4,700 party administrators and activists have been jailed.

Demirtas said a vote for Erdogan and the ruling party would leave “the fate of 81 million to one person’s mercy.”

By law, each presidential candidate is entitled to 20 minutes of free airtime. The next round of speeches will take place a day before the elections.