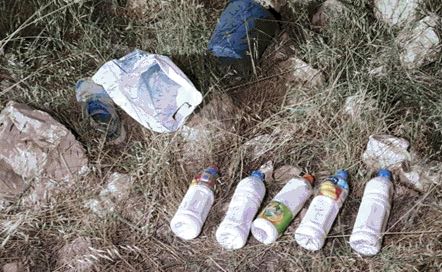 The Shin Bet and IDF cleared for publication Sunday the arrest of more than 20 Hamas cell members from Shechem who planned “significant” terror attacks across country, including a suicide bombing in Yerushalayim and a bombing in Tel Aviv. They had also planned a bombing in the Itamar community and shooting attacks in the Shomron region.

The cell, which was rounded up in April, had operated in Shechem and had prepared many other deadly attacks in cities all across Israel.

During operational activity to thwart the Hamas’s Shechem-based terror infrastructure, the IDF and security forces apprehended members of the terror cell in addition to seizing explosive devices intended for terror purposes.

The attacks were thwarted, b’chasdei Shamayim, after the arrest of cell members by security authorities over recent months, from October 2017.

The Shin Bet said it also arrested the two leaders of the Hamas cell: Mutassem Muhammad Salem, 35, from Shechem, and Fares Kamil Zavidi, 33, also from Shechem.

The case was under gag order until Salem and Zavidi were indicted Sunday.

Security forces found multiple explosive devices that the group had manufactured, including one that weighed 22 pounds, which could be detonated by cellphone. Another 33 pounds of explosives were also uncovered, the Shin Bet said in a statement.

“This discovery shows once again the desire, efforts, and investment of the Hamas terror group to create terrorist infrastructure in Yehudah and Shomron, with the goal of preparing for serious terror attacks,” said the Shin Bet.