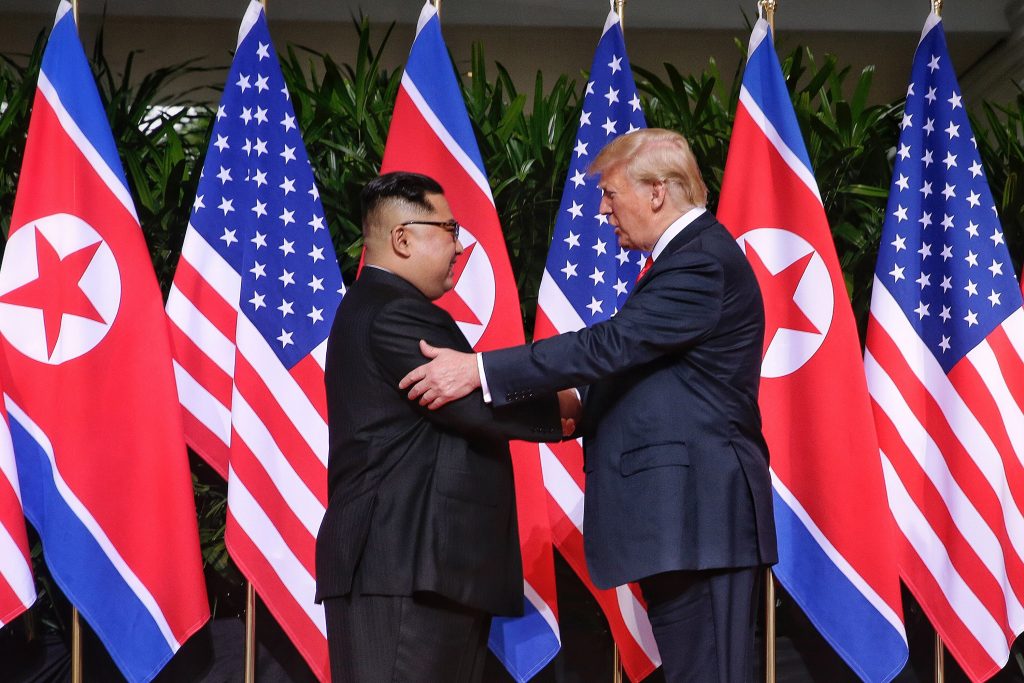 The long-ago summer of 1950 was different from previous ones for this elementary school boy. Yes, I played stickball in the sidelot and began learning the artifices of adult card games. But something quite extraordinary captured my imagination and attention: the outbreak of the Korean War, on June 25, 1950.

For this boy, war was something he had read about in The Police Gazette, a barber shop staple in those times. Now, curiously, it became real. I was thoroughly absorbed all summer following the rapidly changing battlefield lines.

The North Koreans swept away the U.N. forces till all that was left of South Korea was a tiny coastal enclave containing two cities — Taegu and Pusan in the Pusan Perimeter.

When I started school in September, Taegu had held, but the Perimeter still looked so vulnerable. During free time, I would go to the blackboard and draw a map of Korea, with the Pusan Perimeter clearly delineated. Defeat seemed probable.

But then, miraculously, General Douglas MacArthur made the historic landing at Incheon in mid-September 1950 and everything changed. The battle lines moved swiftly northward until the Chinese army flooded the combat zones, causing a huge U.N. retreat. Eventually, the war became a stalemate.

In July 1953, an armistice was signed at Panmunjom, setting the stage for the divided Korea we see today. Three years of fighting, more than 36,000 U.S. casualties and more than 1.2 million military and civilian deaths. No war, no peace, no change. That little boy stayed transfixed at the blackboard!

And then, 7 decades later, along came President Donald Trump. He brokered a summit meeting for two, him and Kim Jong Un, the North Korean leader. The meeting of the two heads of state was unprecedented. Was this our best chance for peace? Oh no, according to politicians, pundits and prognosticators.

But why? Look at things logically, which the naysayers do not. How can we achieve peace? If not through diplomacy, then what? By war? If we negotiate, is it not with an enemy guilty of all sorts of cruelties and horrors? Who else can you negotiate with? Angels and saints?

Critics argue that North Korea can’t be trusted, that the goals (peace?) are unrealistic, that there are no guarantees. Well, what enemy can be trusted at the outset? Short of unconditional surrender and military occupation, you have to work diplomacy to reach accord.

DIPLOMACY TAKES TIME. Perhaps in these days of instantaneous internet, people don’t understand diplomacy anymore. It takes time, and then more time to bring results. For example after the Napoleonic Wars, The Congress of Vienna (1814-1815) took 10 months to arrange a peace and re-arranged the map of Europe.

But prior months and years had shaped the positions of the various participants. Result: no major European war for a century.

DIPLOMACY IS A PROCESS. We recall Henry Kissinger’s Shuttle Diplomacy of 1973-74 when the U.S. acted as a neutral broker to bring a Middle East settlement after the October 1973 war. Sometimes the process fails, as it did with Kissinger’s first time in trying to end the Vietnam War. But, in the next round, he did succeed. Result: 25 years later Vietnam is a trading partner of ours.

Quick fixes, that come out of nowhere, like the Nazi-Soviet Pact of 1939, usually are fleeting, serving only temporary interests.

Trump’s early stage diplomacy has been successful. There has been an agreement in principle to de-nuclearize the Korean peninsula — presumably by 2020. Sen. Chuck Schumer ridicules the president, stating there are no specifics. Of course not. The process has to play out over time. The dark horde of “Listen to Me!” amateur pundits have emerged from the black holes of the internet to emerge in the light of [social media] to offer egotistical nonsense.

Please! A fifth grader has more sense than these critics.

What Trump did is to open a long closed door. This is the mission accomplished, and it is a big thing. Now the diplomats and other specialists will try to keep it open to allow a two-way free passage to peace.

Still, Trump is under no illusions. He says that come 6 months he may be proved wrong in his optimism.

That long-ago fifth-grader is still standing at the board, looking at the lines he drew on the map of Korea some 70 years ago. Give the kid a break! Give President Trump and diplomacy a chance. Give peace a chance.

Silvio Laccetti, Ph.D, is a columnist and a retired professor of history and social science at the Stevens Institute of Technology in Hoboken, N.J.