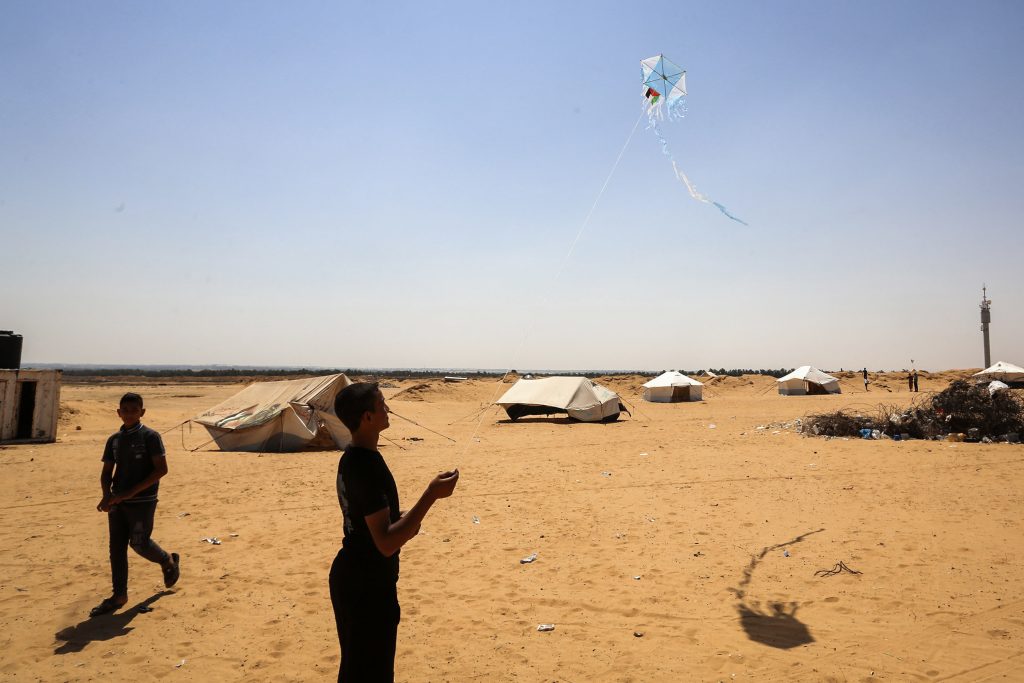 Israeli planes early Sunday targeted a vehicle in Gaza that officials said was carrying a group of terrorists responsible for directing a large number of the terror kites and balloons that have been fired by Gaza terrorists at Israel in recent weeks. The vehicle was damaged, but the passengers inside it were not injured. Israeli officials said that the airstrike on the vehicle was a warning, and that the next time the IDF’s fire would be more precise.

The action came after one of the worst days since Gaza terrorists began their campaign of causing fires in Israeli forests and farms using flammable material dispatched to Israel via kites and balloons. High heat and strong winds spread flames caused by Gaza terror kites and balloons throughout the day on Shabbos. Firefighters were kept busy battling more than 20 major blazes in the Gaza border area, burning dozens of dunams of wheat and forest cover.

Analysts said, however, that many more fires were prevented from breaking out by the IDF’s new tactics to deflect the kites and balloons. Footage released by the IDF showed a new radar system in action, in which balloons and kites are identified while they are still in the sky over Gaza. Israeli forces then dispatch a drone, which blows the kite or balloon up in mid-air.

Hamas on Friday had promised to dispatch 5,000 balloons filled with flammable material at Israeli farms and forests, and while the number actually sent was considerably less, there were still enough balloons and terror kites to cause significant damage to Israeli farms. The response of Israelis on Friday was to dispatch their own balloons to  Gaza – with candy and flowers attached. The balloons were launched from Kibbutz Nir Am, which has experienced over 30 fires in recent months.