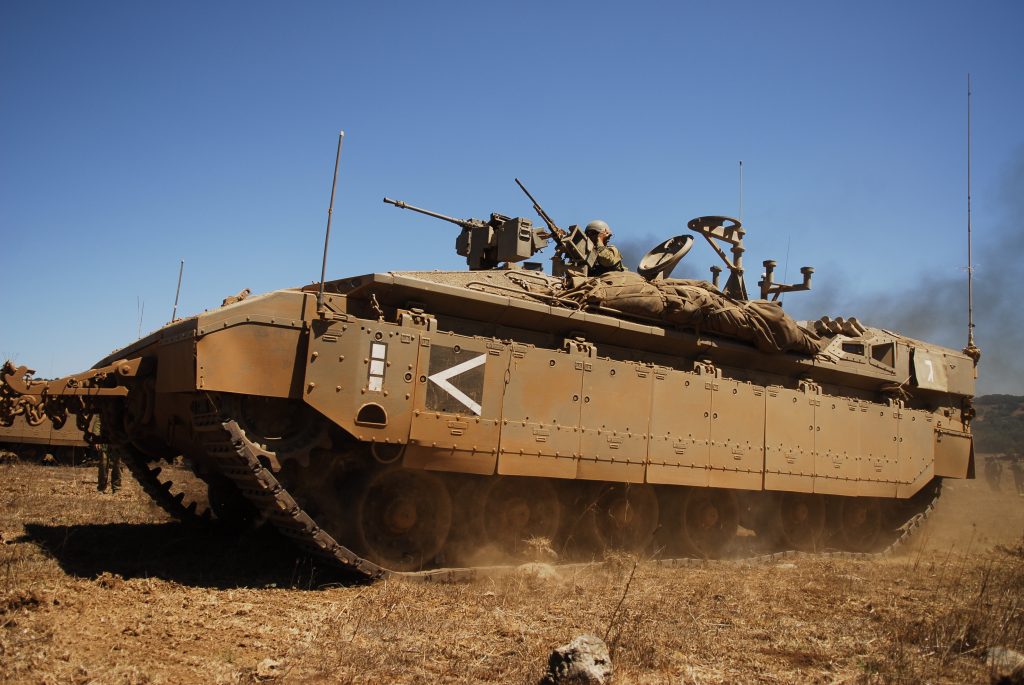 The IDF has put in its order for hundreds of new armored personnel carriers, the military’s first APC on wheels, called the Eitan.

“After a long process of experimentation and implementation of lessons, we are revealing the world’s most advanced armored personnel carrier,” said Brig.-Gen. (res.) Guy Faglin, the head of the Defense Ministry’s Merkava and AFV (armored fighting vehicle) administration, in a statement released on Sunday.

Demands for a replacement for the existing fleet of APCs, including the M-113, grew in the wake of Operation Protective Edge, when seven IDF soldiers were killed by a Hamas missile. Some 30 reservists subsequently told their commanders that they would refuse to enter Gaza in the M-113, which was designed by the U.S. Army in the 1960s and first used in the Vietnam War.

Since the Eitan does not depend on tracks like a tank, it will have increased mobility. Unlike the current APCs in stock, it will not need to be moved on heavy equipment and will have more maneuverability in urban areas such as the Gaza Strip.

To correct the vulnerabilities of previous models, the Eitan will be equipped with the Trophy active protection system and high-tech armor to repel RPGs and anti-tank missiles.

It’s not short on offense, either. The Eitan has an FN MAG .50-caliber heavy machine gun and a 30 mm. cannon with a range of 2,500 meters and a missile launcher that can be operated without the crew leaving the vehicle and exposing itself to the enemy.