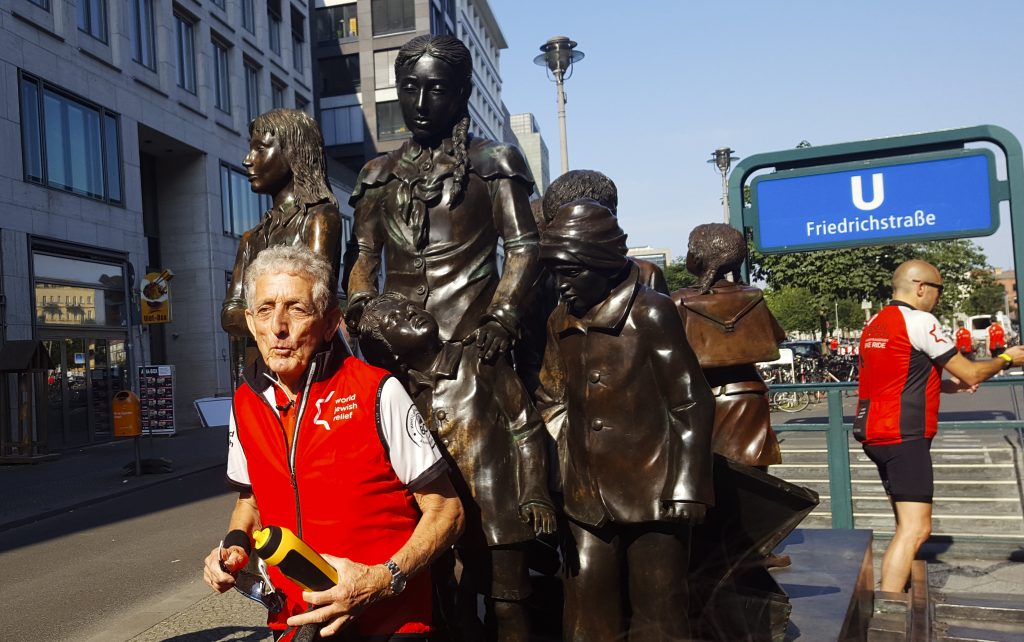 Almost 80 years after the first “Kindertransport” evacuations of Jewish children to safety in Britain, 42 people set off Sunday on a memorial bike ride that will retrace their journey from Berlin to London.

The cyclists set off from Berlin’s Friedrichstrasse station, where a statue commemorates the 10,000 mostly Jewish children who made it to Britain starting in late 1938. It’s expected to take six days to get to London’s Liverpool station.

Among the saved children was Paul Alexander. The only participant in the ride who was on a Kindertransport — “children’s transport” — he was joined by his 34-year-old son, Nadav, and 14-year-old grandson, Daniel.

“This ride is for me a victory ride. It’s one of celebrating a good life,” he said. “I’m riding also in honor of my mother and father who sent me away and had the courage and foresight to save me to send me away from the Holocaust.”

“It’s a ride I do every 80 years,” joked Alexander, whose mother reluctantly sent him — aged only 1 — to safety abroad. He was able to reunite with his family in England, where they settled. He later moved to Israel.

Many of the rescued children never saw their parents again.

As Sunday’s ride started, the cyclists gathered for a safety briefing and the Jewish prayer for travelers. The British ambassador and German government representatives were there to see them off.