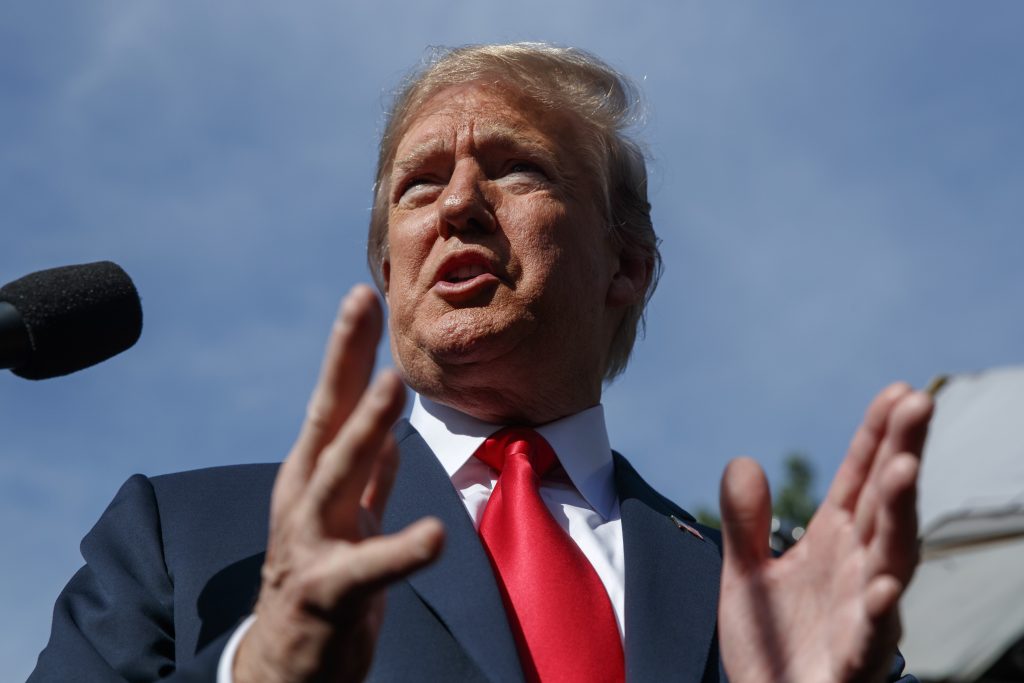 President Donald Trump ignited eleventh-hour confusion Friday over Republican efforts to push immigration through the House next week, saying he won’t sign a “moderate” package. A top House Republican said the chamber would not tackle the issue without Trump’s backing.

The tumult erupted days before GOP leaders planned campaign-season votes on a pair of Republican bills: a hard-right proposal and a middle-ground plan negotiated by the party’s conservative and moderate wings.

Many Republicans view roll calls on the bills to be a crucial election-year statement to voters on where they stand on immigration. While the conservative measure is seen as virtually certain to lose, party leaders have nurtured hopes that the compromise bill could pass.

But Trump’s backing has been seen as crucial, and his apparent pullback of support would be an embarrassing setback.

“I’m looking at both of them,” Trump told reporters at the White House. “I certainly wouldn’t sign the more moderate one.”

Rep. Patrick McHenry, R-N.C., the GOP’s No. 2 vote counter, told reporters that leaders were seeking “clarity” from the White House about what Trump meant. Meanwhile, he suggested that plans for votes next week were being reconsidered.

“House Republicans are not going to take on immigration without the support and endorsement of President Trump,” McHenry said.

Underscoring the confusion, leaders canceled plans to use several votes Friday morning on unrelated bills to try to round up support for the compromise legislation, said another leading Republican, Rep. Tom Cole of Oklahoma.

Cole said Trump was “confused,” reflecting hopes by some Republicans that Trump’s position may change.

The leader of the hard-right House Freedom Caucus — many of whose members have not yet endorsed the conservative plan — said Trump’s backing would be key.

“He’s just responding to the people who elected him,” said Rep. Mark Meadows, R-N.C. “His voice on immigration probably carries more weight” among Republicans than anyone else, “So obviously you have to pay attention to that.”

Both the conservative and compromise GOP bills contain stringent security provisions and money to build Trump’s proposed wall with Mexico. But only the compromise measure gives young immigrants who arrived in the U.S. illegally as children a chance to ultimately become citizens.

Conservatives are leery of legislation protecting from deportation immigrants who arrived illegally, calling it amnesty. Centrists, many from districts with large numbers of Hispanic and moderate voters, want to demonstrate that they’re trying to protect the immigrants. Both sides are eager for votes to highlight their stances.

“When the president says he’s not going to sign it, [it] just shows how low his standards are,” she said.