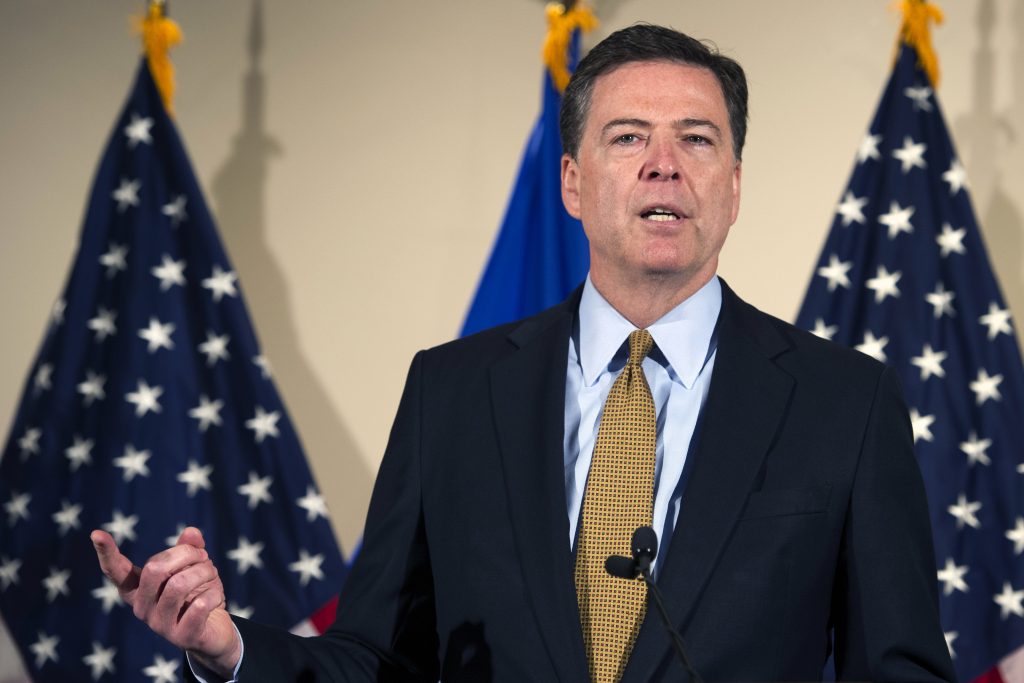 In a stinging report, the Justice Department watchdog said Thursday that former FBI Director James Comey was “insubordinate” in his handling of the Hillary Clinton email investigation during the 2016 presidential election. But it also concluded that there was no evidence that Comey was motivated by political bias.

President Donald Trump has looked to the hotly anticipated report to provide a fresh line of attack against Comey and the FBI, as he claims that a politically tainted bureau tried to undermine his campaign and — through the later Russia investigation — his presidency.

Clinton and her supporters, on the other hand, have complained that Comey’s later announcement, shortly before the election, that the investigation was being reopened, badly hurt her chances to defeat her Republican rival.

But the nuanced findings provide no conclusions to support either Republicans or Democrats who want to claim total vindication.

The inspector general’s report concluded that Comey, who announced in the summer of 2016 that Clinton would not be charged with any crime in the email probe, departed from normal Justice Department protocol numerous times.

But it also says, “We found no evidence that the conclusions by the prosecutors were affected by bias or other improper considerations; rather, we determined that they were based on the prosecutors’ assessment of the facts, the law and past department practice.”

Trump is certain to try to use the report to validate his firing of Comey last year, an act that is central to Special Counsel Robert Mueller’s investigation into whether the president sought to obstruct justice.

But the report will likely deny the president a preferred talking point that the FBI favored Clinton over him, and that its leaders were driven by politics. It does not second-guess the FBI’s conclusion that Clinton should not have been prosecuted, despite repeated assertions by Trump and his supporters that anyone less politically connected than she would have been charged.

The conclusions were contained in a 500-page report that documents in painstaking detail one of the most consequential investigations in modern FBI history, and reveal how the bureau — which for decades has endeavored to stand apart from politics — came to be entangled in the 2016 presidential election.

The report alleges a long series of misjudgments that Democrats will likely use to support their belief that Clinton was wronged by the FBI.

The watchdog faults Comey for his unusual July 5, 2016 news conference, at which he disclosed his recommendation against bringing charges. Charging announcements are normally made by the Justice Department, not the FBI. Cases that end without charges are rarely discussed publicly.

In this instance, Comey said that the FBI found Clinton and her aides to be “extremely careless” in handling classified material; but “no reasonable prosecutor” could have brought a case against her. At a congressional hearing last May, he said he was concerned that the Justice Department itself could not “credibly” announce the conclusion of its investigation, in part because then-Attorney General, Loretta Lynch, had met aboard her plane with former President Bill Clinton.

Also criticized was Comey’s decision, against the recommendation of the Justice Department, to reveal to Congress that the FBI was reopening the investigation following the discovery of new emails.

The FBI obtained a warrant nine days before the presidential election to review those emails, found on the laptop of former Rep. Anthony Weiner, and ultimately determined that there was nothing in them that changed its original conclusion.

The inspector general also faulted the FBI for failing to act with more urgency in reviewing emails from Weiner’s laptop.